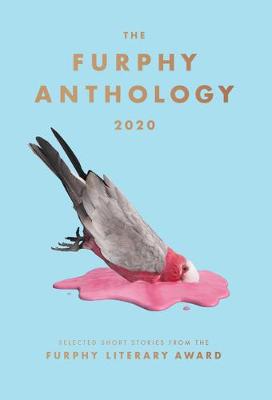 Description - The Furphy Anthology 2020 by The Furphy Literary Awards

Joseph Furphy wrote the Australian literary classic, Such is Life, in 1903, under the pen name of 'Tom Collins', slang for 'a tall story'. With its unreliable narrator travelling the countryside and telling the stories of the people he meets, the alias was certainly appropriate. His brother John, a blacksmith, created agricultural implements in Shepparton, most notably the water carts used by Australian troops during the First World War. Around these carts, stories were told, legs were pulled, rumours gathered momentum, and the term 'furphy' became part of the Australian lexicon.

The Furphy Literary Award, established in 1992, became a national competition for the first time in 2020. Over 800 writers - from the established and experienced to the fresh first-timers - took up the challenge to tackle its topic of 'Australian Life'. The Furphy Anthology 2020 features the sixteen short stories judged to be the best of the best in this year's competition.

This anthology includes well-known writers such as Cate Kennedy, Jenni Marazaki, Mira Robertson, Roby Todd and Jean Flynn, and emerging writers, including Ya Reeves, Thomas MacAllister, Luke Martin and Sue Osborne. They draw on their Australian experience. They've written about huge Murray cod and a dancing neighbour, naval tragedies and buck's night shenanigans, old bush tailors and beekeepers, a city rendezvous and catastrophic bushfires, an incident on a school bus and a Vietnam veteran who paints to find peace. And more.

Who doesn't love a story - or a furphy, perhaps?


Book Reviews - The Furphy Anthology 2020 by The Furphy Literary Awards

» Have you read this book? We'd like to know what you think about it - write a review about The Furphy Anthology 2020 book by The Furphy Literary Awards and you'll earn 50c in Boomerang Bucks loyalty dollars (you must be a Boomerang Books Account Holder - it's free to sign up and there are great benefits!)