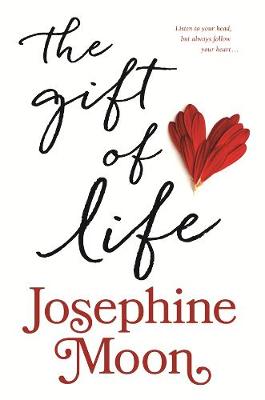 The Gift of Life

Description - The Gift of Life by Josephine Moon

You've been given the gift of life, now go live it.

Gabby McPhee is the owner of The Tin Man, a chic new cafe and coffee roasting house in Melbourne. The struggles of her recent heart transplant are behind her and life is looking up - until a mysterious customer appears in the cafe, convinced that Gabby has her deceased husband's heart beating inside her chest.

Krystal Arthur is a bereaved widow, struggling to hold herself and her two young boys together since Evan's death, and plagued by unanswered questions. Why was her husband in another city the night he died? And why won't his spirit rest?

Krystal is convinced that Gabby holds the clues she needs to move towards a brighter future. Gabby needs Krystal to help her let go of her troubled past. The two women must come together to try to unlock the secrets in Evan's heart in order to set free their own.

By the internationally bestselling author of The Chocolate Promise, this is a profound and moving novel about the deeper mysteries of love and loss - and the priceless gift of life.

'A lovely Australian novel from an accomplished writer.' Good Reading

Other Editions - The Gift of Life by Josephine Moon Book Reviews - The Gift of Life by Josephine Moon

» Have you read this book? We'd like to know what you think about it - write a review about The Gift of Life book by Josephine Moon and you'll earn 50c in Boomerang Bucks loyalty dollars (you must be a Boomerang Books Account Holder - it's free to sign up and there are great benefits!)

Book Review: The Gift of Life by Josephine Moon - Reviewed by CloggieA (04 Jun 2019)

The Gift Of Life is the fifth novel by Australian author, Josephine Moon. It’s almost two years since divorced mother of three, Gabby McPhee received her heart transplant, and a year since she opened The Tin Man, her artisanal coffee business off Chapel Street in Melbourne’s South Yarra. Life is good. Her staff are great and her expert coffee roaster, the handsome Luciano is talented, if reticent.

Her children are a joy, and if only her ex would step up to his responsibilities with them instead of pleading new-baby fatigue, everything would be perfect. So Gabby is uneasy and a little frightened when, soon after seeing a woman sitting in her café, her heart begins to pound and she sees a disturbing vision involving a dark alley, a bright light and fear, a lot of it.

Young widow Krystal Arthur and her two little boys are coping okay with life. She and her best friend, Roxy look out for each other, sharing the child-minding to give each other a break. But since she lost Evan two years earlier, Krystal has been plagued by questions to which there don’t seem to be answers. In particular: why, when he was meant to be working as a sommelier at a local restaurant, was Evan in a dark Sydney laneway being fatally knocked down by a hit-and-run driver?

This intriguing start will have readers eagerly turning the pages to see how the mystery will be solved, but there’s also the bonus of a bit of romance and the ups and downs which are de riguer for families with kids and ageing grandparents. Moon has a real talent for creating characters that are appealing for all their very human flaws. In this case, despite marriage break-ups, the families at the core of the story are made of good people who support, and care about, each other. However, as an ambassador for organ donation, Cordelia-Aurora is an abject failure. As a person, well, room for improvement.

Moon is even-handed in her treatment of the organ donation dilemma. As well as illustrating the enormous benefits that it can afford the recipient, she also demonstrates both the physical and psychological burdens of this gift of life: the life-long medication, the danger of even mild infection, the threat of organ rejection, the shorter life expectancy, the guilt and feelings of beholden-ness to the donor’s family and the lingering obligation to live well this new life granted.

As well, she clearly depicts what the loved ones of the donor experience at the time of making this momentous decision, some of the possible reasons for their objection, and ongoing feelings and emotions. Given that much has already been written about cellular memory, readers with an open mind will have no problem with the paranormal aspect of this story, and it is worth reading in the author’s notes describing what inspired this novel.

Moon seems to outdo herself with each successive novel, and this one is no exception. Topical, thought-provoking and moving, this is another outstanding read. This unbiased review is from a copy provided by Penguin Random House Australia. 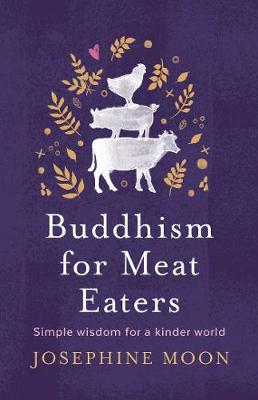 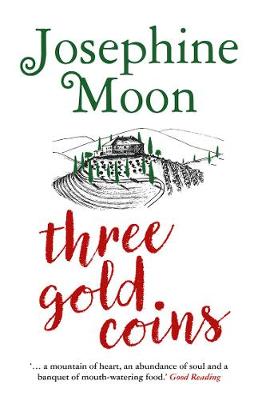