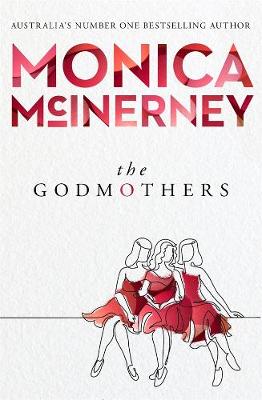 Description - The Godmothers by Monica McInerney

The highly anticipated new family drama from one of Australia's most beloved authors.
Eliza Miller grew up in Australia as the only daughter of a troubled young mother, but with the constant support of two watchful godmothers, Olivia and Maxie. Despite her tricky childhood, she always felt loved and secure. Until, just before her eighteenth birthday, a tragic event changed her life.

Thirteen years on, Eliza is deliberately living as safely as possible, avoiding close relationships and devoting herself to her job. Out of the blue, an enticing invitation from one of her godmothers prompts a leap into the unknown.

Within a fortnight, Eliza finds herself in the middle of a complicated family in Edinburgh. There's no such thing as an ordinary day any more. Yet, amidst the chaos, Eliza begins to blossom. She finds herself not only hopeful about the future, but ready to explore her past, including the biggest mystery of all - who is her father?

Set in Australia, Scotland, Ireland and England, THE GODMOTHERS is a great big hug of a book that will fill your heart to bursting. It is a moving and perceptive story about love, lies, hope and sorrow, about the families we are born into and the families we make for ourselves.

'A warm, hilarious and hopeful story about family, friendships and secrets...The Godmothers is the ultimate comfort read- delightful and uplifting, with more than a few twists and turns to keep you going.' Better Reading

Other Editions - The Godmothers by Monica McInerney 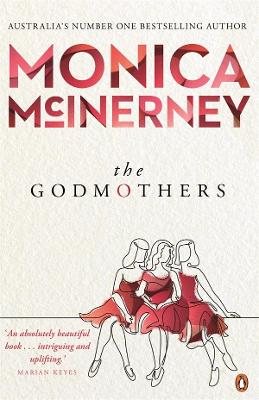 » Have you read this book? We'd like to know what you think about it - write a review about The Godmothers book by Monica McInerney and you'll earn 50c in Boomerang Bucks loyalty dollars (you must be a Boomerang Books Account Holder - it's free to sign up and there are great benefits!)

The Godmothers is the twelfth novel by Australian author, Monica McInerney. From birth, Eliza Miller’s godmothers have played a part in her life, but since she turned eleven, even moreso: twice yearly trips to exciting locations, as well as subtle financial support, was the form it took. She was raised by her loving and beloved single mother, Jeannie: mischievous, naughty, bold, wild, quick-witted, loyal, fun, defiant, reckless but also troubled.

Maxine’s acting career took her to Sydney and beyond, finally landing her in a permanent soap-opera TV series in London; Olivia’s art history degree ensured she was widely travelled before she met widowed father of two young boys, Edgar Montgomery, and married into a hotel management career. Maxie and Olivia were there for Eliza at seventeen when tragedy struck.

And now, thirteen years later, when she learns in a single day that she will soon be jobless and homeless, they are there again, with the best distraction possible: a wedding in Scotland. What better opportunity, Eliza finally decides, to ask her mother’s best friends, her godmothers, to help her know more about Jeannie and her family. And perhaps to find the up-till-now almost-mythical father whose identity Jeannie had promised to reveal when she turned eighteen?

McInerney populates her tale with a marvellous cast: characters who are believable and endearing for all their very human faults and failings. Several of them provide generous doses of light relief: if Jeannie’s crazy personality is presented via reminiscences and flashbacks, Celine and Sullivan are very much present. Celine’s insults are wonderfully creative; and every nervous air traveller should be prescribed a “Sullivan”.

The story involves promises kept out of loyalty, love, respect or emotional blackmail; there are numerous secrets and quite a lot of guilt; If the “unknown father” plot has been well-used, here it has a nice twist that most readers won’t see coming. The banter between the characters is often a delight: “’We also expect Eliza to pay us back in the years ahead,’ Olivia said. ‘We have an ulterior motive, obviously,’ Maxie said. ‘We spoil her now with al these exotic holidays. When we’re old and grey, she visits us in our nursing homes.’ “To fill our drips with gin,’ Olivia said. “Spoon the finest of pureed food into our drooling mouths,’ Maxie said.”

McInerney’s latest offering is likely to make you laugh out loud and put a lump in your throat. This is a moving, funny and insightful read from the mistress of feel-good fiction.