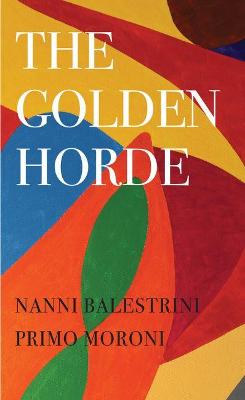 The Golden Horde is a definitive work on the Italian revolutionary movements of the 1960s and '70s. An anthology of texts and fragments woven together with an original commentary, the volume widens our understanding of the full complexity and richness of this period of radical thought and practice. The book covers the generational turbulence of Italy's postwar period, the transformations of Italian capitalism, the new analyses by worker-focused intellectuals, the student movement of 1968, the Hot Autumn of 1969, the extra-parliamentary groups of the early 1970s, the Red Brigades, the formation of a radical women's movement, the development of Autonomia, and the build-up to the watershed moment of the spontaneous political movement of 1977. Far from being merely a handbook of political history, The Golden Horde also sheds light on two decades of Italian culture, including the newspapers, songs, journals, festivals, comics, and philosophy that these movements produced. The book features writings by Sergio Bologna, Umberto Eco, Elvio Fachinelli, Lea Melandri, Danilo Montaldi, Toni Negri, Raniero Panzieri, Franco Piperno, Rossana Rossanda, Paolo Virno, and others, as well as an in-depth introduction by translator Richard Braude outlining the work's composition and development.

» Have you read this book? We'd like to know what you think about it - write a review about The Golden Horde: Revolutionary Italy, 1960-1977 book by Nanni Balestrini and you'll earn 50c in Boomerang Bucks loyalty dollars (you must be a Boomerang Books Account Holder - it's free to sign up and there are great benefits!)


A Preview for this title is currently not available.
More Books By Nanni Balestrini
View All