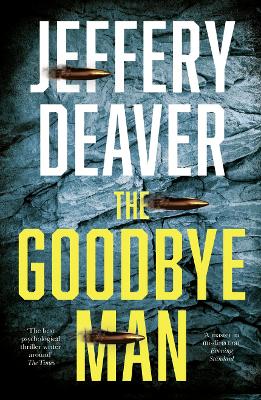 Say goodbye to your problems

In pursuit of two armed fugitives in the wilderness of Washington State, unique investigator Colter Shaw witnesses a shocking suicide. This leads him to the Foundation - a cult that promises to transform people's lives. But is there more to it than meets the eye?

Say goodbye to your freedom

Shaw goes undercover to expose the Foundation's real purpose. Before long he meets the charismatic leader Master Eli, a man who commands terrifying loyalty from his followers.

Say goodbye to your life

Something truly dark is going on beneath the surface of the idyllic community. And as Shaw peels back the layers of truth, he begins to see there is only one way to escape the Foundation ... and the price for that freedom might well be your very life.

"[An] outstanding sequel to 2019's The Never Game...Deaver balances suspense and plausibility perfectly...This is a perfect jumping-on point for readers new to one of today's top contemporary thrillers writers." - Publishers Weekly! 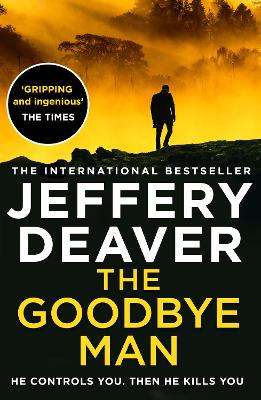 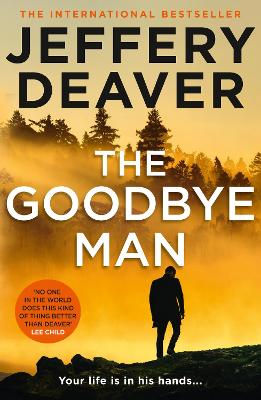 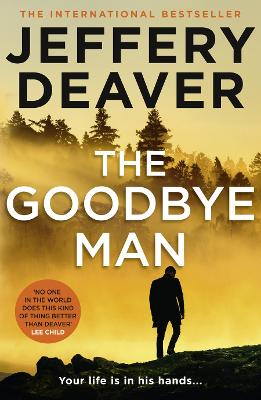 » Have you read this book? We'd like to know what you think about it - write a review about The Goodbye Man (Colter Shaw Thriller, Book 2) book by Jeffery Deaver and you'll earn 50c in Boomerang Bucks loyalty dollars (you must be a Boomerang Books Account Holder - it's free to sign up and there are great benefits!)

3.5?s The Goodbye Man is the second book in the Colter Shaw series by American author, Jeffery Deaver. In Washington State to track down a pair accused of hate crimes, Colter Shaw easily outsmarts his trigger-happy rival, some similarly-minded law enforcement officers and finds the young men on an isolated road near Snoqualmie Gap. As he disarms and secures them, one escapes and unexpectedly suicides.

He understands they were en route to a retreat, the Osiris Foundation, and what he observes as representatives arrive at the location of the death set his internal alarm bells ringing. Following some research and a bit of inventive online profile creation, Carter Skye pays the fee and registers for a three-week stay in their secluded enclave.

Shaw is alert for any scent of the Foundation being a cult but, despite seeing an undercover reporter assaulted and banished, he’s not entirely convinced the whole deal isn’t fairly benign. But within days, what he witnesses has him concerned for the safety of fellow attendees. And when he fails to prevent an outspoken young man from being murdered, the stakes get higher.

But what can one man, with no phone and no weapons, in an isolated compound with high security, do? Unless, of course, he has been brought up by a paranoid survivalist, that is. Unless he’s Colter Shaw.

While much of the cult-related material is interesting and believable, and quite a few aspects of the cult leader will likely remind readers of a certain recently-deposed president, some suspension of disbelief at Shaw’s abilities and activities will be needed. The story drags on for rather too long, and the unresolved issues from book one (the story behind Ashton Shaw’s death, Margot Keller, Russell Shaw) are only touched upon in the final forty pages. Perhaps they will be addressed in the next book, for those who can be bothered reading on. This unbiased review is from an uncorrected proof copy provided by NetGalley and Harper Collins Australia.