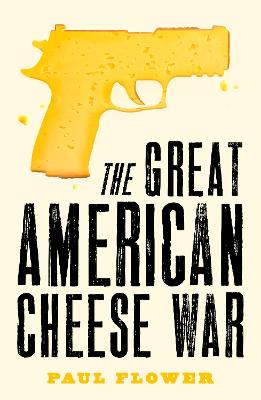 A right-wing conspiracy theory spirals out of control in a political satire for our times. Governor Bill Hoeksma of Michigan is a simple, gun-loving son of a billionaire who idolises George W. Bush. When a mysterious illness afflicts members of his inner circle, his conspiring advisors point to a rumoured viral weapons attack - via monkey-pox-carrying prairie dogs - launched by the Wisconsin government. Governor Bill decides the Michigan militia should lead the military response, chaos ensues, and he falls unwittingly into a scheme of his powerful father's making. That scheme begins with cheese research and a Hollywood movie star. How it will end all depends on two unlikely heroes: an aging lesbian state senator, and a high-school teacher born and raised in the Michigan militia. When the conspiracy runs out of road, and guns are drawn in a showdown outside a Cracker Barrel, will anyone emerge victorious from the Great American Cheese War? AUTHOR: Paul Flower was born and raised in Michigan and still resides there. He has been writing professionally for more than 37 years. While much of his career has been spent in advertising and marketing, he worked in broadcasting for a short time. Paul has one previously published novel to his credit, and his writing has appeared in national and regional magazines. He and his wife have four grown children and a rapidly evolving number of incredibly beautiful and intelligent grandchildren.

» Have you read this book? We'd like to know what you think about it - write a review about The Great American Cheese War: The comedy thriller you'll swear you're living today book by Paul Flower and you'll earn 50c in Boomerang Bucks loyalty dollars (you must be a Boomerang Books Account Holder - it's free to sign up and there are great benefits!)