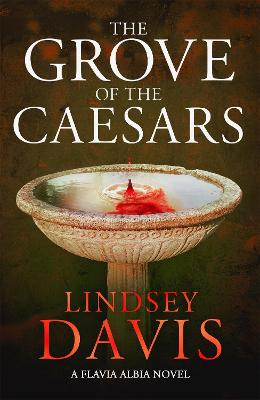 The Grove of the Caesars

Description - The Grove of the Caesars by Lindsey Davis

'For a totally exhilarating romp through Ancient Rome, Lindsey Davis' latest Flavia Alba novel won't be beaten and offers an immersive experience of a vibrant world full of real, recognisable characters' Mike Ripley, ShotsmagDon't go to the Grove . . .Julius Caesar left his gardens to the citizens of Rome, a peaceful sanctuary across the Tiber. Now the gardens and their sacred grove are dangerous haunts, especially for women alone.'Don't go to the Grove,' people mutter, but when her husband has to leave Rome, it falls to Albia to supervise his building project in an old grotto. Why has someone buried tattered scrolls by obscure philosophers - and does it involve a worse crime than terrible writing?Soon that puzzle is overtaken. A woman disappears from her husband's birthday party; she meets a dire fate, then Albia learns that on the same night, two louche slaves given to her family by the brooding Emperor Domitian also vanished in the gardens. Apparently, it is well known that a killer lurks there.The vigiles have failed to investigate properly for decades and this won't improve when the sinister agent Karus arrives. Albia must co-operate, in order to give the many victims justice and find answers for grieving relatives. But can she herself remain safe? And, after others have failed, can she at last identify the predator who has made the Grove his killing ground?Praise for Lindsey Davis and the Flavia Albia series'Lindsey Davis has seen off all her competitors to become the unassailable market leader in the 'crime in Ancient Rome' genre . . . Davis's squalid, vibrant Rome is as pleasurable as ever' - Guardian'Davis's prose is a lively joy, and Flavia's Rome is sinister and gloriously real' - The Times on Sunday'For fans of crime fiction set in the ancient world, this one is not to be missed' - Booklist'Davis's books crackle with wit and knowledge . . . She has the happy knack of making the reader feel entirely immersed in Rome' - The Times

Buy The Grove of the Caesars by Lindsey Davis from Australia's Online Independent Bookstore, Boomerang Books.

Other Editions - The Grove of the Caesars by Lindsey Davis 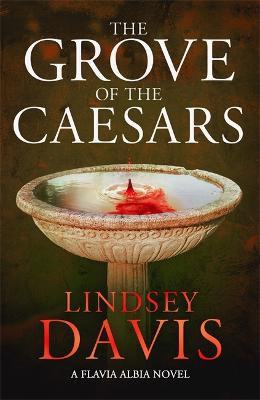 Book Reviews - The Grove of the Caesars by Lindsey Davis

» Have you read this book? We'd like to know what you think about it - write a review about The Grove of the Caesars book by Lindsey Davis and you'll earn 50c in Boomerang Bucks loyalty dollars (you must be a Boomerang Books Account Holder - it's free to sign up and there are great benefits!)


A Preview for this title is currently not available.
More Books By Lindsey Davis
View All