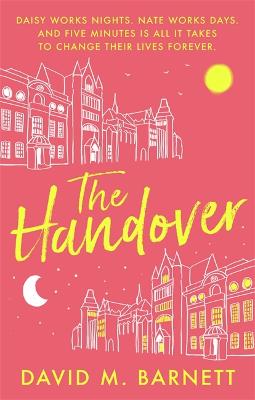 Daisy does nights and Nate does days, which causes no end of hilarity at the Manchester Museum of Social History. 'It should be Daisy on days and Nate on nights,' Marion on the reception says to her at least once a month, as though Daisy hasn't yet got the joke.Daisy is the night security guard at the Manchester Museum of Social History. She takes her job very seriously, protecting the museum from troublemakers and anyone who openly mocks the fact they have a dinosaur on display.Nate works the day shift, though he'd be more suited as a museum guide the way he chats with the visitors. Daisy doesn't approve: every one of them is a potential threat and befriending them could impair his judgement.Daisy and Nate don't have much to do with each other except for the five minutes when they're shifts overlap at handover. He passes the torch over to her - like a baton - always with a smirk on his face, and she asks him for a full report of the day, which he gives reluctantly. It's the only interaction they have... until strange things begin to happen at the museum.Daisy notices priceless objects are going missing but then reappearing, with no explanation (and nothing showing on the CCTV, which is why she doesn't trust technology). No one believes her except Nate, and he agrees to help her solve the mystery.They soon discover they have a lot more in common than they realised... and their investigations uncover more than just the truth. Could they have feelings for one another?

Other Editions - The Handover by David M. Barnett 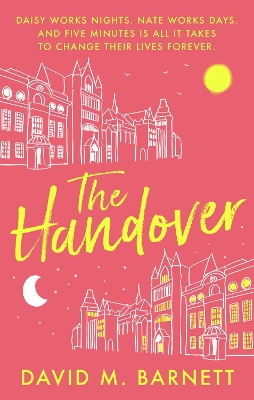 » Have you read this book? We'd like to know what you think about it - write a review about The Handover book by David M. Barnett and you'll earn 50c in Boomerang Bucks loyalty dollars (you must be a Boomerang Books Account Holder - it's free to sign up and there are great benefits!)


A Preview for this title is currently not available.
More Books By David M. Barnett
View All