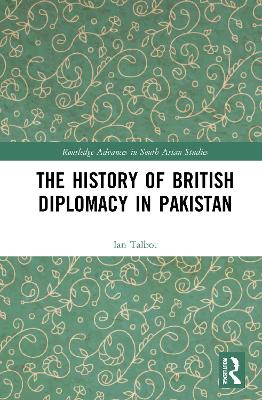 The History of British Diplomacy in Pakistan

Description - The History of British Diplomacy in Pakistan by Ian Talbot

This book is the first account of the British diplomatic mission in Pakistan from its foundation at the end of the Raj in 1947 to the 'War on Terror'.

Drawing on original documents and interviews with participants, this book highlights key events and personalities as well as the influence and perspectives of individual diplomats previously not explored. The book demonstrates that the period witnessed immense changes in Britain's standing in the world and in the international history of South Asia to show that Britain maintained a diplomatic influence out of proportion to its economic and military strength. The author suggests that Britain's impact stemmed from colonial-era ties of influence with bureaucrats, politicians and army heads which were sustained by the growth of a Pakistani Diaspora in Britain. Additionally, the book illustrates that America's relationship with Pakistan was transactional as opposed to Britain's, which was based on ties of sentiment as, from the mid-1950s, the United States was more able than Britain to give Pakistan the financial, military and diplomatic support it desired.

A unique and timely analysis of the British diplomatic mission in Pakistan in the decades after independence, this book will be of interest to academics working in the fields of South Asian History and Politics, International Relations, British and American Diplomacy and Security Studies, Cold War Politics and History and Area Studies.

» Have you read this book? We'd like to know what you think about it - write a review about The History of British Diplomacy in Pakistan book by Ian Talbot and you'll earn 50c in Boomerang Bucks loyalty dollars (you must be a Boomerang Books Account Holder - it's free to sign up and there are great benefits!)


A Preview for this title is currently not available.
More Books By Ian Talbot
View All