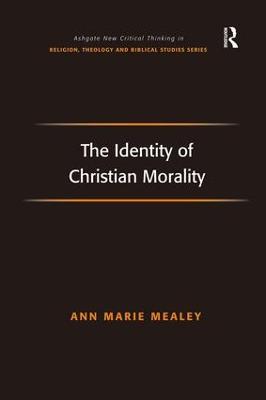 The Identity of Christian Morality

Description - The Identity of Christian Morality by Ann Marie Mealey

This book argues that moral theology has yet to embrace the recommendations of the Second Vatican Council concerning the ways in which it is to be renewed. One of the reasons for this is the lack of consensus between theologians regarding the nature, content and uniqueness of Christian morality. After highlighting the strengths and weaknesses of the so-called autonomy and faith ethic schools of thought, Mealey argues that there is little dividing them and that, in some instances, both schools are simply defending one aspect of a hermeneutical dialectic. In an attempt to move away from the divisions between proponents of the faith-ethic and autonomy positions, Mealey enlists the help of the hermeneutical theory of Paul Ricoeur. She argues that many of the disagreements arising from the Christian proprium debate can be overcome if scholars look to the possibilities opened up by Ricoeur's hermeneutics of interpretation. Mealey also argues that the uniqueness of Christian morality is more adequately explained in terms of a specific identity (self) that is constantly subject to change and revision in light of many, often conflicting, moral sources. She advocates a move away from attempts to explain the uniqueness of Christian morality in terms of one specific, unchanging context, motivation, norm, divine command or value. By embracing the possibilities opened up by Ricoeurian hermeneutics, Mealey explains how concepts such as revelation, tradition, orthodoxy and moral conscience may be understood in a hermeneutical way without being deemed sectarian or unorthodox.

Other Editions - The Identity of Christian Morality by Ann Marie Mealey 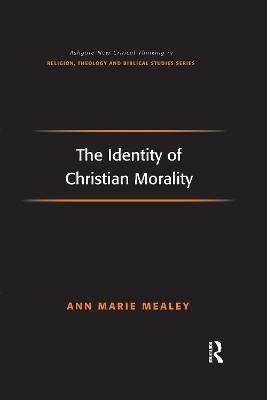 » Have you read this book? We'd like to know what you think about it - write a review about The Identity of Christian Morality book by Ann Marie Mealey and you'll earn 50c in Boomerang Bucks loyalty dollars (you must be a Boomerang Books Account Holder - it's free to sign up and there are great benefits!)


A Preview for this title is currently not available.
More Books By Ann Marie Mealey
View All