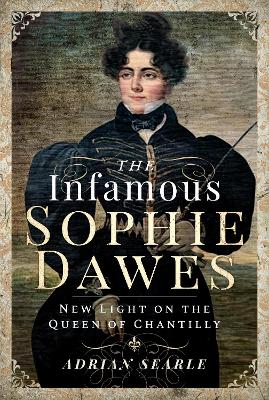 The Infamous Sophie Dawes: New Light on the Queen of Chantilly

Description - The Infamous Sophie Dawes: New Light on the Queen of Chantilly by Adrian Searle

She was the daughter of an alcoholic Isle of Wight smuggler. Much of her childhood was spent in the island's workhouse. Yet Sophie Dawes threw off the shackles of her downbeat formative years to become one of the most talked-about personalities in post-revolutionary France. It was the ultimate rags to riches story which would see her become the mistress of the fabulously wealthy French aristocrat Louis Henri de Bourbon, destined to be the last Prince of Conde. Her total subjugation of the ageing prince, her obsessive desire for a position among the highest echelon of French royalist society following the Bourbon restoration, and her designs upon a hefty chunk of Louis Henri's vast fortune would lead to scandal, sensation and then infamy The Infamous Sophie Dawes takes an in-depth look at her island background before tracing her extraordinary rise from obscurity to becoming a baroness who ruled the prince's chateau at Chantilly as its unofficial queen and intrigued with the King of the French to get what she wanted. But how far did she go? The book examines the mysterious death of Louis Henri in 1830 and uses newly discovered evidence in a bid to determine the part Sophie may have played in his demise. AUTHOR: Adrian Searle is a journalist and author who writes on a range of historical topics, unearthing previously hidden aspects of history in a search for the truth. Born and bred on the Isle of Wight, he returned there in 1984 to edit a local newspaper and has worked in a freelance capacity since 1989. Previous titles for Pen and Sword were The Quintinshill Conspiracy, a collaboration with Jack Richards (2013) examining Britain's worst rail disaster, and Churchill's Last Wartime Secret (2016), revealing a hushed-up German raid on an Isle of Wight. 16 b/w illustrations

Book Reviews - The Infamous Sophie Dawes: New Light on the Queen of Chantilly by Adrian Searle

» Have you read this book? We'd like to know what you think about it - write a review about The Infamous Sophie Dawes: New Light on the Queen of Chantilly book by Adrian Searle and you'll earn 50c in Boomerang Bucks loyalty dollars (you must be a Boomerang Books Account Holder - it's free to sign up and there are great benefits!)


A Preview for this title is currently not available.
More Books By Adrian Searle
View All 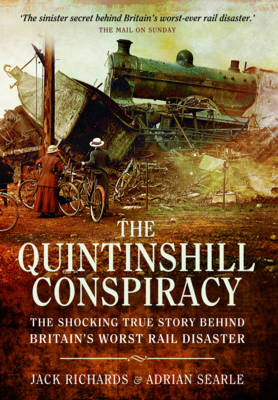