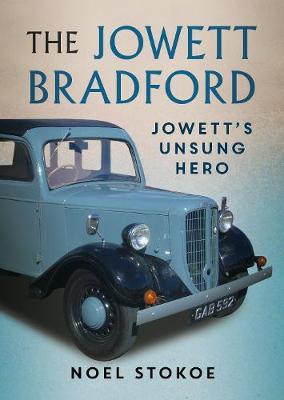 The Jowett Bradford was rushed into production in 1946 as a stop-gap model pending the launch of the all-new Javelin saloon, which its young designer, Gerald Palmer, had been working on since 1942. It was based on the 1938 8 hp commercial and was basically a pre-war design in every respect. It was, however, very popular with farmers and small businesses such as bakers, greengrocers, fishmongers and drapers etc., as it was economical, cheap, rugged and simple to work on.
It was powered by the flat-twin horizontally-opposed 1005 cc engine, which was basically the same as the one fitted to the first prototype Jowett in 1906 with minor improvements, it was so antiquated when compared to the new Javelin saloon Jupiter sports car.
The Bradford was expected to be dropped from the range in 1951 but this never happened and remained in production right up to the closure of the factory in 1954 when Jowett's ceased trading. Ironically, it was the largest selling model that Jowett's ever produced with almost 40,000 being built.

» Have you read this book? We'd like to know what you think about it - write a review about The Jowett Bradford: Jowett's Unsung Hero book by Noel Stokoe and you'll earn 50c in Boomerang Bucks loyalty dollars (you must be a Boomerang Books Account Holder - it's free to sign up and there are great benefits!)


A Preview for this title is currently not available.
More Books By Noel Stokoe
View All