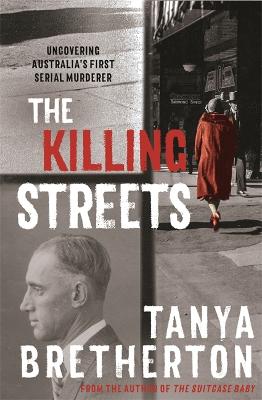 From the acclaimed author of THE SUITCASE BABY and THE SUICIDE BRIDE, the story of a series of horrific murders that began in 1930s Sydney - and a killer who remained at large for over two decades.In December 1932, as the Depression tightened its grip, the body of a woman was found in Queens Park, Sydney. It was a popular park. There were houses in plain view. Yet this woman had been violently murdered without anyone noticing. Other equally brutal and shocking murders of women in public places were to follow. Australia's first serial killer was at large.Police failed to notice the similarities between the victims until the death of one young woman - an aspiring Olympic swimmer - made the whole city take notice. On scant evidence, the unassuming Eric Craig was arrested. But the killings didn't stop...This compelling story of a city crippled by fear and a failing economy, of a killer at large as panic abounds, is also the story of what happens when victims aren't perfect and neither are suspects, and when a rush to judgement replaces the call of reason.

» Have you read this book? We'd like to know what you think about it - write a review about The Killing Streets: Uncovering Australia's first serial murderer book by Tanya Bretherton and you'll earn 50c in Boomerang Bucks loyalty dollars (you must be a Boomerang Books Account Holder - it's free to sign up and there are great benefits!)


A Preview for this title is currently not available.
More Books By Tanya Bretherton
View All

The Suicide Bride: A mystery of tragedy and family secrets in Edwardian Sydney
Available, ships in 7-10 business days
$28.04 $32.99