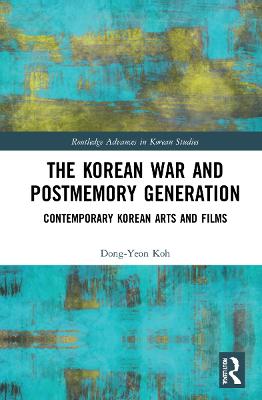 This pioneering volume navigates cultural memory of the Korean War through the lens of contemporary arts and film in South Korea for the last two decades.

Cultural memory of the Korean War has been a subject of persistent controversy in the forging of South Korean postwar national and ideological identity. Applying the theoretical notion of "postmemory," this book examines the increasingly diversified attitudes toward memories of the Korean War and Cold War from the late 1990s and onward, particularly in the demise of military dictatorships. Chapters consider efforts from younger generation artists and filmmakers to develop new ways of representing traumatic memories by refusing to confine themselves to the tragic experiences of survivors and victims. Extensively illustrated, this is one of the first volumes in English to provide an in-depth analysis of work oriented around such themes from 12 renowned and provocative South Korean artists and filmmakers. This includes documentary photographs, participatory public arts, independent women's documentary films, and media installations.

The Korean War and Postmemory Generation will appeal to students and scholars of film studies, contemporary art, and Korean history.

» Have you read this book? We'd like to know what you think about it - write a review about The Korean War and Postmemory Generation: Contemporary Korean Arts and Films book by Dong-Yeon Koh and you'll earn 50c in Boomerang Bucks loyalty dollars (you must be a Boomerang Books Account Holder - it's free to sign up and there are great benefits!)