'My favourite current series' Val McDermidEverything has changed for Dr Ruth Galloway. She has a new job, home and partner, and is no longer North Norfolk police's resident forensic archaeologist. That is, until convicted murderer Ivor March offers to make DCI Nelson a deal. Nelson was always sure that March killed more women than he was charged with. Now March confirms this, and offers to show Nelson where the other bodies are buried - but only if Ruth will do the digging.Curious, but wary, Ruth agrees. March tells Ruth that he killed four more women and that their bodies are buried near a village bordering the fens, said to be haunted by the Lantern Men, mysterious figures holding lights that lure travellers to their deaths. Is Ivor March himself a lantern man, luring Ruth back to Norfolk? What is his plan, and why is she so crucial to it? And are the killings really over? 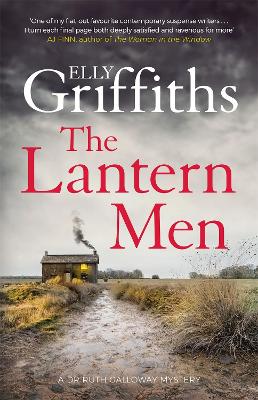 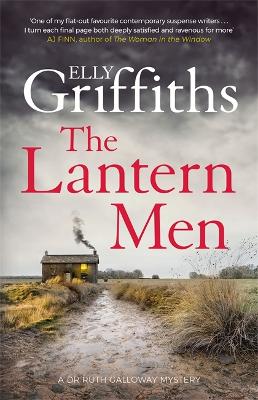 » Have you read this book? We'd like to know what you think about it - write a review about The Lantern Men: Dr Ruth Galloway Mysteries 12 book by Elly Griffiths and you'll earn 50c in Boomerang Bucks loyalty dollars (you must be a Boomerang Books Account Holder - it's free to sign up and there are great benefits!)

5 stars The Lantern Men is the twelfth book in the Ruth Galloway series by award-winning British author, Elly Griffiths. Forensic anthropologist, Dr Ruth Galloway has settled into a new teaching position in Cambridge, living there in a townhouse with her daughter Kate, her cat Flint (of course!) and Frank Barker. And while Kate’s father, DCI Harry Nelson isn’t too happy about her absence from north Norfolk, Ruth felt something had had to change.

Nelson is relieved that Ivor March has been found guilty of the murder of the two women whose bodies were dug up from his girlfriend’s garden, but he is convinced that March is responsible for the earlier disappearance of two young women of similar appearance, and not willing to leave things as they stand. Yet despite the overwhelming trace and DNA evidence several of March’s women still protest his innocence: the man is apparently charismatic.

Then March offers to reveal the location of the other two if, and only if, Ruth Galloway does the excavation. Ruth agrees to accompany Harry to the prison, where she meets March, finds him very creepy, but agrees to his terms. But both Ruth and Harry are aware, at each encounter, of the flicker of a flame between them, still not doused.

Then Ruth’s former boss, who did the first excavation, is attacked and has his laptop stolen, a third body is found with the other two, and another woman is murdered on the marshes, in much the same manner as the first four. But Ivor March is in prison, so…

As Harry Nelson and his competitive subordinates re-examine the circumstances of the four earlier disappearances, it’s those that attended the Grey Walls retreat that come under the greatest scrutiny, several of whom talk about the local legend of The Lantern Man.

Once again, Griffiths gives the reader an enthralling tale that presents several possible killers whose motives can only be guessed at, and keep the pages turning until the thrilling climax and beyond. Again, excellent British crime fiction. This unbiased review is from an uncorrected proof copy provided by NetGalley and Houghton Mifflin Harcourt publishers

The Postscript Murders: a gripping new mystery from the bestselling author of The Stranger Diaries
$44.99 $49.99