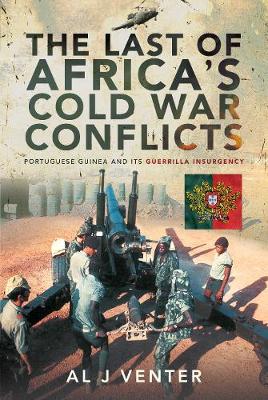 The Last of Africa's Cold War Conflicts: Portuguese Guinea and its Guerilla Insurgency

Portugal was the first European country to colonise Africa. It was also the last to leave, almost five centuries later. During the course of what Lisbon called its civilizing mission in Africa the Portuguese weathered numerous insurrections, but none as severe as the guerrilla war first launched in Angola in 1961 and two years later in Portuguese Guinea. While Angola had a solid economic infrastructure, that did not hold for the tiny West African enclave that was to become Guine-Bissau. Both Soviets and Cubans believed that because that tiny colony- roughly the size of Belgium - had no resources and a small population, that Lisbon would soon capitulate. They were wrong, because hostilities lasted more than a decade and the 11-year struggle turned into the most intense of Lisbon's three African colonies. It was a classic African guerrilla campaign that kicked off in January 1963, but nobody noticed because what was taking place in Vietnam grabbed all the headlines. The Soviet-led guerrilla campaign in Portuguese Guinea was to go on and set the scene for the wars that followed in Rhodesia and present-day Namibia. AUTHOR: Al J. Venter is a specialist military writer who has had over fifty books published. He started his career with International Defence Review, covering military developments in the Middle East and Africa. He has been writing on insurgencies across the globe for half a century and remains involved with Britain's Jane's Information Group. Late 2019 he covered the conflict in the Central African Republic, a United Nations "Peacekeeping" effort for 'Jane's Defence Weekly'. Sadly, he found a country striven with violence. In his day the author was a stringer for the BBC, NBC News, as well as 'London's Daily Express' and 'Sunday Express.' He branched into television work in the early 1980s, producing more than a hundred documentary films including 'Africa's Killing Fields' (on the Ugandan civil war) as well as 'AIDS: The African Connection', nominated for a Pink Magnolia Award in Shanghai, China. He also produced an hour-long television programme on Russia's war in Afghanistan in 1985. One of his most recent major books, 'Portugal's Guerrilla Wars in Africa', was nominated for New York's Arthur Goodzeit military history book award. Venter writes extensively for several Pen & Sword military history series including Cold War 1945-1991' and A History of Terror'. 40 b/w illustrations

» Have you read this book? We'd like to know what you think about it - write a review about The Last of Africa's Cold War Conflicts: Portuguese Guinea and its Guerilla Insurgency book by Al J Venter and you'll earn 50c in Boomerang Bucks loyalty dollars (you must be a Boomerang Books Account Holder - it's free to sign up and there are great benefits!)


A Preview for this title is currently not available.
More Books By Al J Venter
View All