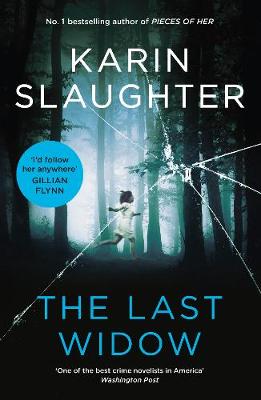 It begins with an abduction.

The routine of a family shopping trip is shattered when Michelle Spivey is snatched as she leaves the mall with her young daughter. The police search for her, her partner pleads for her release, but it's as if she disappeared into thin air.

A month later, on a sleepy Sunday afternoon, medical examiner Sara Linton is at lunch with her boyfriend Will Trent, an agent with the Georgia Bureau of Investigation. But the serenity of the summer's day is broken by the wail of sirens.

Sara and Will are trained to run towards an emergency, not away from it. But on this one terrible day that instinct betrays them. Within hours the situation has spiralled out of control. And the fallout will lead them into the Appalachian mountains, to the terrible truth about really happened to Michelle, and to a remote compound where a radical group has murder in mind ...

'With a plot as timely as it is riveting ... this is one of her best' Booklist

'Prepare for a rollercoaster ride, Slaughter is back with a vengeance' Woman magazine, UK

Other Editions - The Last Widow by Karin Slaughter 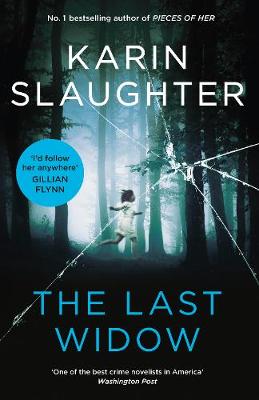 » Have you read this book? We'd like to know what you think about it - write a review about The Last Widow book by Karin Slaughter and you'll earn 50c in Boomerang Bucks loyalty dollars (you must be a Boomerang Books Account Holder - it's free to sign up and there are great benefits!)

5 stars The Last Widow is the ninth book in the Will Trent series by American author, Karin Slaughter. A month after Michelle Spivey is taken from a carpark in front of her daughter, Sara and Will rush out from a lazy Sunday family lunch to give aid after two explosions on the nearby Emory University campus. But before they can get anywhere near the site, they are assisting at an apparent traffic accident. Except that both soon realise that something is amiss. The presence of the kidnapped woman is less surprising than the fact that her kidnappers take Sara.

Sara may be captive, but she is determined to leave a trail for Will if there’s even the slightest opportunity: she knows without doubt that he will be looking for her. She just has to stay alive until he finds her. While Will tries to convince his GBI boss, Amanda Wagner to let him infiltrate the group they believe has Sara, his partner, Faith Mitchell has been delegated to liaisons with FBI that Amanda doesn't want to attend (is Special Agent Aidan Van Zandt flirting with Faith? Or does he just want information?).

Once again, Slaughter gives the reader an action-packed page-turner. The narrative, running over just a few days, is from three perspectives: Sara, Will and Faith, with each view filling in details not covered by the previous, thus completing the picture. As well as featuring the possibility of biological terrorism, the story includes a semi-religious separatist group, white supremacists, paedophiles, and a nasty misogynist who gets just what he deserves.

Slaughter is expert at building the tension and then providing relief by way of the clever and often darkly funny banter between the characters. And if Will and Sara thought they knew it before now, this experience certainly distills what they feel for each other, and makes clear to her family just how important Will is to Sara. Will’s final words will please many fans. Another excellent Will-and-Sara instalment.