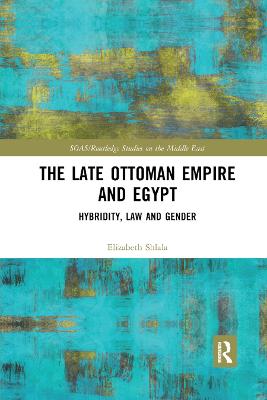 The Late Ottoman Empire and Egypt: Hybridity, Law and Gender

Law and identification transgressed political boundaries in the nineteenth-century Levant. Over the course of the century, Italo-Levantines- elite and common- exercised a strategy of resilient hybridity whereby an unintentional form of legal imperialism took root in Egypt.

This book contributes to a vibrant strand of global legal history that places law and other social structures at the heart of competing imperial projects- British, Ottoman, Egyptian, and Italian among them. Analysis of the Italian consular and mixed court cases, and diplomatic records, in Egypt and Istanbul reveals the complexity of shifting identifications and judicial reform in two parts of the interactive and competitive plural legal regime. The rich court records show that binary relational categories fail to capture the complexity of the daily lives of the residents and courts of the late Ottoman empire. Over time and acting in their own self-interests, these actors exploited the plural legal regime. Case studies in both Egypt and Istanbul explore how identification developed as a legal form of property itself.

Whereas the classical literature emphasized external state power politics, this book builds upon new work in the field that shows the interaction of external and internal power struggles throughout the region led to assorted forms of confrontation, collaboration, and negotiation in the region. It will be of interest to students, scholars, and readers of Middle East, Ottoman, and Mediterranean history. It will also appeal to anyone wanting to know more about cultural history in the nineteenth century, and the historical roots of contemporary global debates on law, migration, and identities.

Other Editions - The Late Ottoman Empire and Egypt: Hybridity, Law and Gender by Elizabeth H Shlala » Have you read this book? We'd like to know what you think about it - write a review about The Late Ottoman Empire and Egypt: Hybridity, Law and Gender book by Elizabeth H Shlala and you'll earn 50c in Boomerang Bucks loyalty dollars (you must be a Boomerang Books Account Holder - it's free to sign up and there are great benefits!)


A Preview for this title is currently not available.
More Books By Elizabeth H Shlala
View All