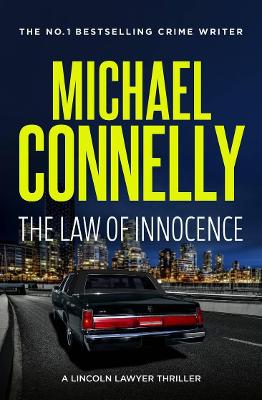 The Law of Innocence

Description - The Law of Innocence by Michael Connelly

When defence attorney Mickey Haller is pulled over by police, the body of a client is discovered in the trunk of his Lincoln. Haller is charged with murder and can't make the exorbitant $5 million bail slapped on him by a vindictive judge.

Haller knows he's been framed and elects to defend himself.

But it isn't easy to build a defence from a cell in the Twin Towers Jail in downtown Los Angeles - as an officer of the court he is an instant target.

With the help of a handpicked team, including his half-brother Harry Bosch, Mickey races time to figure out who has plotted to destroy his life and why. And then he must go before a judge and jury to prove his own innocence.

In his highest stakes case yet, Mickey Haller fights for his life and shows why he is 'a worthy colleague of Atticus Finch . . . the front of the pack in the legal thriller game' (Los Angeles Times).
'This is unmatched crime writing at its summit' -The Australian
'The Raymond Chandler of this generation' -Associated Press

Other Editions - The Law of Innocence by Michael Connelly 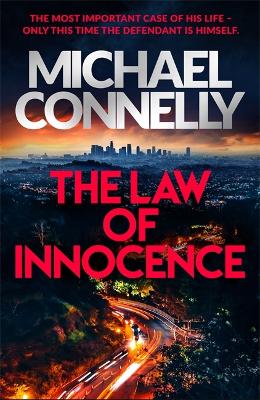 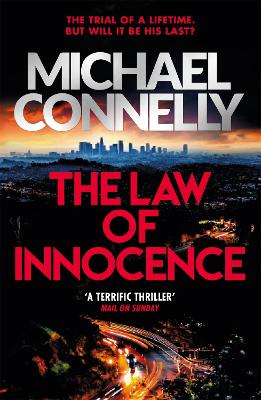 Book Reviews - The Law of Innocence by Michael Connelly

» Have you read this book? We'd like to know what you think about it - write a review about The Law of Innocence book by Michael Connelly and you'll earn 50c in Boomerang Bucks loyalty dollars (you must be a Boomerang Books Account Holder - it's free to sign up and there are great benefits!)