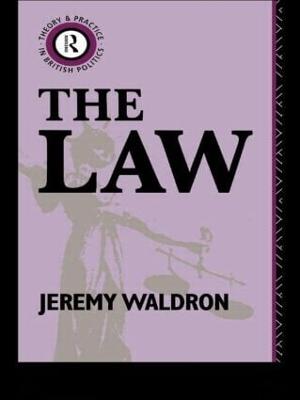 Description - The Law by Jeremy Waldron

The Law brings issues of legal theory to life by relating them to real problems in British politics. Questions about human rights, the rule of law, the unwritten constitution, the role of judges, law and politics, and civil disobedience are often discussed as purely abstract issues. Jeremy Waldon, however, considers them in the context of incidents such as the GLC's Fare's Fair' case, the choice of Prime Minister, interrogation techniques in Northern Ireland, and the 1984-85 Miners' Strike. He shows that the role of law is not a dry conceptual study, but instead raises issues that lie at the very heart of British politics, and maintains that many political controversies in turn cannot be understood without looking at the issues of legal philosophy at stake. This lively text is intended for students of politics as well as law, but it will also interest anyone who is concerned about the rule of law in Britain. In particular, it asks the crucial question, 'How can the people of Britain reclaim the law as their own ?'
The rule of law should not be regarded simply as an obligation that people have to live with; it is also a responsibility that the government owes to the people to formulate legislation and to operate a legal system that is worthy of our respect.

Other Editions - The Law by Jeremy Waldron 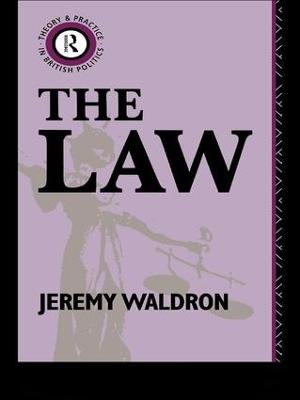 » Have you read this book? We'd like to know what you think about it - write a review about The Law book by Jeremy Waldron and you'll earn 50c in Boomerang Bucks loyalty dollars (you must be a Boomerang Books Account Holder - it's free to sign up and there are great benefits!)