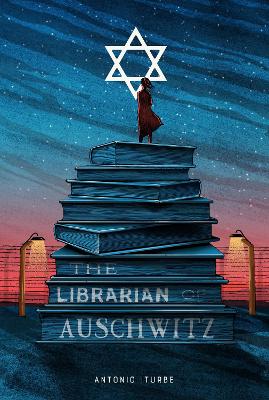 The Librarian of Auschwitz

Description - The Librarian of Auschwitz by Lilit Thwaites

Fourteen-year-old Dita is one of the many imprisoned by the Nazis at Auschwitz. Taken, along with her mother and father, from the Terezin ghetto in Prague, Dita is adjusting to the constant terror that is life in the camp. When Jewish leader Freddy Hirsch asks Dita to take charge of the eight precious volumes the prisoners have managed to sneak past the guards, she agrees. And so Dita becomes the librarian of Auschwitz.

Out of one of the darkest chapters of human history comes this extraordinary story of courage and hope.

Other Editions - The Librarian of Auschwitz by Lilit Thwaites 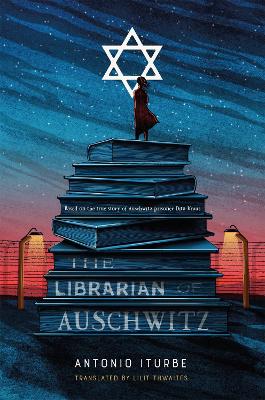 Book Reviews - The Librarian of Auschwitz by Lilit Thwaites

» Have you read this book? We'd like to know what you think about it - write a review about The Librarian of Auschwitz book by Lilit Thwaites and you'll earn 50c in Boomerang Bucks loyalty dollars (you must be a Boomerang Books Account Holder - it's free to sign up and there are great benefits!)

Book Review: The Librarian of Auschwitz by Lilit Thwaites - Reviewed by Ronnie293 (19 Jan 2019)

The Librarian of Auschwitz is based on the true story of Auschwitz prisoner Dita Kraus. It is a story born of Dita’s experiences and the rich imagination of the author.

The story is set in the family camp at Auschwitz. The family camp was a cover the Germans concocted to deceive the world as to what was really happening in Auschwitz. While parents laboured during the day the children were gathered in Block 31. The aim was for them to play games, sports and sing songs. Learning was prohibited. Dita Adler, 14 years old, was the caretaker of the clandestine children’s library consisting of eight books. If the Germans ever found out about these books it would mean instant death.

The main theme of the story is how books and reading are something to be cherished and our right to read is something to risk death over. Dita protected these books with her life, lovingly restoring them and handing them out to the teachers each day.

The story follows Dita and her mother, Liesl, as they are taken to Auschwitz and the daily life in the family camp through sickness, death, hunger and fear as thousands of prisoners come and go in the camps around them.

The true violence of Auschwitz is very low key in this story which makes me feel it would be suited to a younger audience as a first introduction to the atrocities of the time, 13 years +. That’s not to say there is no violence; a prisoner is hung and a girl beaten.

The story had a lot of telling which caused it to lack emotion and I felt distanced from the suffering until the last 100 pages of the book where it became so much more immersive. The Librarian of Auschwitz is impeccably translated to English by Lilit Zekulin Thwaites.

Iturbe includes a moving postscript which explains his reason for writing the book and his meeting with the woman that inspired this story, Dita herself, who is still as strong, outspoken and passionate in her eighties as she was as a young girl.

You can never, ever read too many stories about Auschwitz. *I received my copy from the publisher.

The Librarian of Auschwitz: The heart-breaking Sunday Times bestseller based on the incredible true story of Dita Kraus
$21.29 $23.66