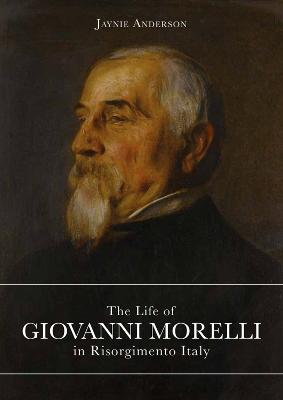 The Life of Giovanni Morelli in Risorgimento Italy

AUSTRALIAN AUTHOR Giovanni Morelli (1816-1889) was the most influential Italian writer on art in the nineteenth century, whose books have been constantly discussed since his death. When asked about his own life Morelli always replied that he considered himself a politician, who had lived in Italy and who had worked tirelessly for his country. He saw his involvement with the art world as a marginal and later activity. His participation in the three wars of Italian Independence, from 1848 to 1866, reveals a patriot who would risk everything, even his life, for the love of his family, his friends and his country. Like many men of the Risorgimento he pursued romantic visions for the creation of a new democratic country, in whose government he participated as the popular elected member for Bergamo to the Camera dei Deputati for a decade. After the revolution disillusionment gradually set in. Morelli's life provides the framework for a new understanding of the culture of the Risorgimento and reveals why and how his famous method of attribution, was invented as a diagnostic instrument to preserve the heritage of Italy. His biography shows how he achieved this by virtue of his charismatic personality, equally popular and at ease with the Bergamo electorate, as with Lombardic foot soldiers in battle, or with European Royalty, Lombard aristocrats and distinguished writers. AUTHOR: Jaynie Anderson was the Foundation Director of the Australian Institute of Art History at the University of Melbourne from 2009-2015 and Herald Chair of Fine Arts from 1997 to 2014. She is a fellow of the Australian Academy of the Humanities (FAHA), and immediate past president of the International Committee of Art History (2008-2012), the Comite Internationale de l'Histoire de l'Art (CIHA. In 2015 she received from the President of the Republic of Italy, the knighthood of Ufficiale dell'Ordine della Stella d'Italia. She was educated at the University of Melbourne and Bryn Mawr College, Philadelphia, and was the first woman Rhodes Fellow at the University of Oxford. She has curated exhibitions at the Ashmolean Museum, Oxford,the Castello Sforzesco, Milan, the Poldi Pezzoli Museum, Milan, the National Gallery of Art, Washington, and the National Gallery of Australia, Canberra. SELLING POINTS: The first biography of Giovanni Morelli, one of the founding fathers of modern art history and of connoisseurship An intriguing biography of a man who trained as a phyisician, was soon a patriot and ended up as an influential senator of unified Italy and a great art historian 63 colour and 50 b/w images

» Have you read this book? We'd like to know what you think about it - write a review about The Life of Giovanni Morelli in Risorgimento Italy book by Jaynie Anderson and you'll earn 50c in Boomerang Bucks loyalty dollars (you must be a Boomerang Books Account Holder - it's free to sign up and there are great benefits!)


A Preview for this title is currently not available.
More Books By Jaynie Anderson
View All

The Invention of Melbourne: A Baroque Archbishop and a Gothic Architect
$46.74 $54.99