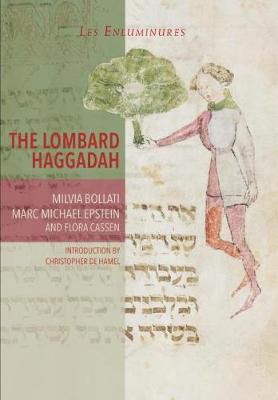 Telling the story of the flight of the Jews from Egypt based on the biblical book of Exodus, the Haggadah was and still is used during the Seder, the ritual meal of the first night of Passover. The text of this remarkable manuscript has been richly illustrated by many artists in different countries for over seven hundred years. With its seventy-five illustrations, occupying the margins of almost every page, this manuscript expresses the elegant language of the Gothic International style in Lombardy. Directly related to the workshop of the renowned master builder, sculptor, and illuminator Giovannino de' Grassi, who flourished under the patronage of the noble Visconti family in Milan, the present volume was probably commissioned by a wealthy individual. The presumed date of origin of the Lombard Haggadah corresponds with a period known for its wave of immigration into Lombardy of northern European Jews, who were especially welcomed by Duke Gian Galeazzo Visconti. Last on public exhibition in the Paris World's Fair in 1900, when it belonged to a French family, the Lombard Haggadah was then sold in 1927 in London to the noted collector of Hebrew manuscripts Salman Schocken. Little known, the manuscript has remained in private hands ever since. It survives as the earliest stand-alone Italian Haggadah. Of the greatest rarity, it is one of three illustrated medieval Haggadahs still privately owned. Sharon Liberman Mintz, Curator of Jewish Art, The Jewish Theological Seminary, states "I have worked with Hebrew illuminated manuscripts all of my professional life, and this one stands out for its fresh, charming, and sometimes unique paintings as well as its historical importance". 200 illustrations

» Have you read this book? We'd like to know what you think about it - write a review about The Lombard Haggadah book by Milvia Bollati and you'll earn 50c in Boomerang Bucks loyalty dollars (you must be a Boomerang Books Account Holder - it's free to sign up and there are great benefits!)