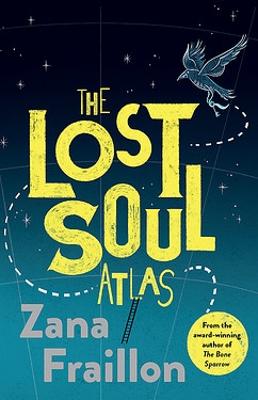 Other Editions - The Lost Soul Atlas by Zana Fraillon 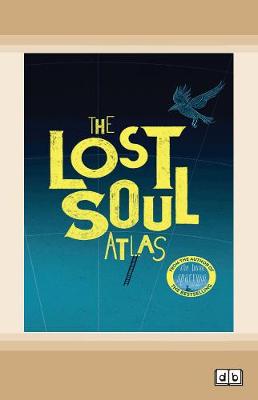 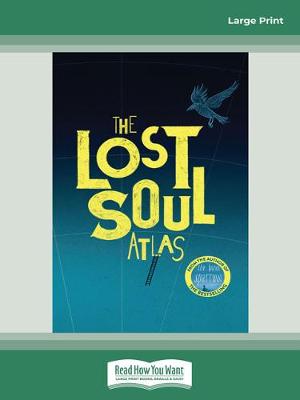 » Have you read this book? We'd like to know what you think about it - write a review about The Lost Soul Atlas book by Zana Fraillon and you'll earn 50c in Boomerang Bucks loyalty dollars (you must be a Boomerang Books Account Holder - it's free to sign up and there are great benefits!)

“Impossible is just what they say when they don’t want you to try.”

The Lost Soul Atlas is the third novel by Australian author, Zana Fraillon. When Twig unexpectedly finds himself in the After Life, he has only scraps of memory of what went before. Now Krruk, his skeletal raven Guardian, is chivvying him along to get to the Golden Gates, where the Gods are eager to consume his memories (everyone’s really), and Twig can relax in “a dressin’ gown and lush fluffy-bunny slippers” to enjoy the train and yoga (Tuesdays) and the gardens and playing bridge.

But before Krruk can stop him, Twig steps off the Path and into the Woods, drawn by the sound of his beloved Da’s tin whistle. He follows the tiny stick figures he learns are Meeples to a mound and, much to Krruk’s consternation, meets the Gatherer and agrees to go on a quest: “Open the Crossings. Release the memories. Only you can do it now. There will be no time to wait for another. And you have already started on your journey.”

“In here are the Bones of Lost Wonders. They carry the whispers and memories and stories and knowings that will soon be lost to the mortal world for ever. You must carry a single bone through each Crossing and leave it in the mortal world so it can be found by those whose eyes look for whispers, and whose ears are wonderwide . . . they will carry the knowings forward.”

Twig knows “With a map anything is possible . . .” He is given an atlas: “The Lost Soul Atlas of the Afterlife A guide to the Outer Wilderlands and s’rounds Withe Crossings new’ly discov’r’d and set forthe Fore Keep’rs of the Knowings” and he is promised that success will take him to his waiting Da.

He will need to open six Crossings, and at each, a Sentry will challenge him with a riddle: solve it and he crosses; fail, and he will be eaten. With the help of Krruk and the Meeples, he is surprisingly successful, and with each Crossing he opens, Twig remembers more: the last time he saw his Da, the eviction from the Tower, meeting up with Flea and living with the Beasts of the City Wildes.

He recalls encounters with the soul-eating Hoblin and the crooked cops, playing the accordion, a joy ride in a flying car, and what brought it all to a horrible end. Can he open the Crossings and save the knowings? A tale of bravery and loyalty and friendship that proves just how talented and imaginative an author Zana Fraillon is. This unbiased review is from an uncorrected proof copy provided by NetGalley and Hachette Australia.