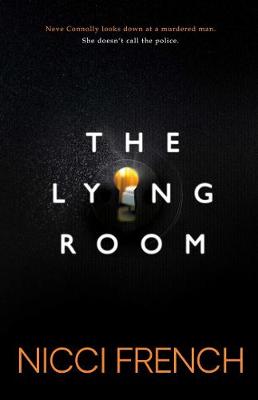 'You know a book's gripping when you sneak away at any opportunity to read it. Meticulously plotted, psychologically astute' Sarah Vaughan

Neve Connolly looks down at a murdered man.
She doesn't call the police.

'You know, it's funny,' Detective Inspector Hitching said. 'Whoever I see, they keep saying, talk to Neve Connolly, she'll know. She's the one people talk to, she's the one people confide in.'
A trusted colleague and friend. A mother. A wife. Neve Connolly is all these things.
She has also made mistakes; some small, some unconsciously done, some large, some deliberate. She is only human, after all.
But now one mistake is spiralling out of control and Neve is bringing those around her into immense danger.
She can't tell the truth. So how far is she prepared to go to protect those she loves?
And who does she really know? And who can she trust?
A liar. A cheat. A threat. Neve Connolly is all these things.
Could she be a murderer?

Other Editions - The Lying Room by Nicci French 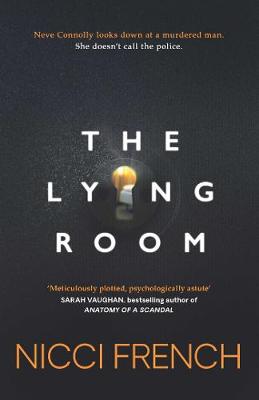 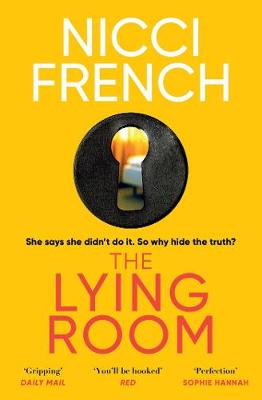 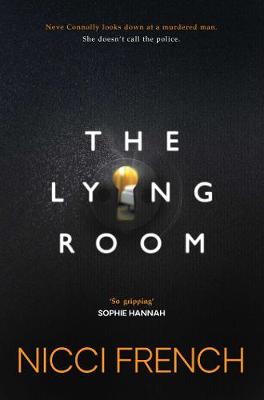 » Have you read this book? We'd like to know what you think about it - write a review about The Lying Room book by Nicci French and you'll earn 50c in Boomerang Bucks loyalty dollars (you must be a Boomerang Books Account Holder - it's free to sign up and there are great benefits!)

The Lying Room is the thirteenth stand-alone novel by British writing duo, Nicci French. Neve Connolly “was not so far off fifty. She had a husband who was more or less unemployed and on and off depressed; a job that had ground her down; financial worries. And she had a daughter who for years had turned her life inside out and upside down.”

She regards her affair with senior colleague, Saul Stevenson: “like a gulp of fresh water, reminding her that she still had a self, a sliver of life that belonged only to her”; it is a “joyful escape from the distress of her life.” She’s perhaps not proud of it, but she can’t really help herself. When she receives a text that represents an unexpected opportunity to be together, she quickly heads for their pied-a-terre. So she’s shocked to find Saul’s corpse, clearly the victim of a violent attack.

Neve has a logical reason for not calling 999: it would break her already fragile teenaged daughter Mabel, “jittery and frantic and full of rage”, to discover Neve’s infidelity to her husband of twenty years, Fletcher. Instead, she meticulously and methodically removes any trace of herself and their relationship. Well, almost. When she returns for an overlooked item, she makes a disturbing discovery.

When the murder is reported, DCI Alastair Hitching is on the case. Neve finds his gaze disturbing, and has to firmly resist the urge to tell him everything. “’Secrets,’ he ruminated, looking ahead, walking with long strides. ‘They’re dangerous things, don’t you agree?’” Trying to keep it all together, “She realised that she was already thinking like a criminal” and at every encounter with Hitching, Neve feels all will be revealed and she is about to be arrested.

The authors manage to work some deliciously dark ironies and utterly wicked twists into the plot. When it seems things can't get any worse, of course they can, and do! As the story unfolds, occasional elements of farce emerge, and sometimes things actually feel quite surreal, especially as, despite the dark goings-on, the minutiae of a life with a husband, a “stormy, ferocious” teenaged daughter, two pre-teen sons and a guinea pig, continue throughout.

Every so often, Neve succinctly summarises her current situation and as the story progresses, it becomes increasingly bizarre, although, to her surprise “Life continued in its tracks. Perhaps, she thought, it would be like a building that is demolished, holding its shape after the button is pushed, only gradually losing its outline, wavering, folding in on itself with a roar.”

This duo certainly has a way with words: as Neve tries to puzzle out who has done this, she understands that someone had “spread distrust through her like a stain.” A brilliant, blackly funny and wholly enthralling read. This unbiased review is from an uncorrected proof copy provided by NetGalley and Simon & Schuster Australia.

A Preview for this title is currently not available.
More Books By Nicci French
View All

House of Correction: A twisty and shocking thriller from the master of psychological suspense
$26.39 $32.99