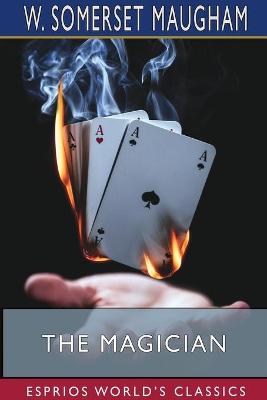 The Magician is a novel by British author W. Somerset Maugham, originally published in 1908. In this tale, the magician Oliver Haddo, a caricature of Aleister Crowley, attempts to create life. Crowley wrote a critique of this book under the pen name Oliver Haddo, in which he accused Maugham of plagiarism. Maugham wrote The Magician in London, after he had spent some time living in Paris, where he met Aleister Crowley. The novel was later republished with a foreword by Maugham entitled A Fragment of Autobiography. The novel inspired a film of the same name directed in 1926 by Rex Ingram.

» Have you read this book? We'd like to know what you think about it - write a review about The Magician (Esprios Classics) book by W Somerset Maugham and you'll earn 50c in Boomerang Bucks loyalty dollars (you must be a Boomerang Books Account Holder - it's free to sign up and there are great benefits!)