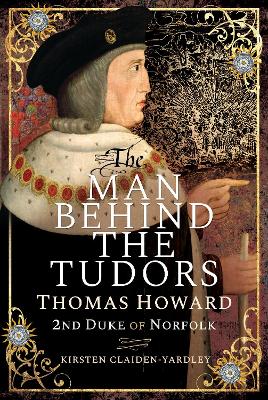 The Man Behind the Tudors: Thomas Howard, 2nd Duke of Norfolk

Description - The Man Behind the Tudors: Thomas Howard, 2nd Duke of Norfolk by Kirsten Claiden-Yardley

Thomas Howard, 2nd Duke of Norfolk, lived a remarkable life spanning eighty years and the reigns of six kings. Amongst his descendants are his granddaughters, Anne Boleyn and Catherine Howard, and his great-granddaughter, Elizabeth I. The foundations of this dramatic and influential dynasty rest on Thomas' shoulders, and it was his career that placed the Howard family in a prominent position in English society and at the Tudor royal court. Thomas was born into a fairly ordinary gentry family, albeit distantly related to the Mowbray dukes of Norfolk. During the course of the fifteenth century, he and his father would rise through the political and social ranks as a result of their loyal service to Edward IV and Richard III. In a tragic turn of events, all their hard work was undone at the Battle of Bosworth and his father was killed fighting for King Richard. Imprisoned for treason and stripped of his lands and titles, Thomas had to start from the beginning to gain the trust of a new king. He spent the next thirty-five years devoting his administrative, military and diplomatic skills to the Tudors whilst rebuilding his family fortunes and ensuring that his numerous children were well-placed to prosper. AUTHOR: Kirsten Claiden-Yardley studied Modern History as an undergraduate at Merton College, Oxford, before completing a part-time Masters course in English Local History at Kellogg College, Oxford. She later returning to Merton College to complete a PhD on noble identity and commemoration in the Tudor period, as part of the collaborative project titled "Representing Re-Formation". In between times, she has worked in publishing and as Assistant Church Buildings Officer for the Diocese of Oxford. She was also engaged as a production researcher on the television adaption of Wolf Hall and as a historical adviser on a number of fiction and non-fiction publications. She is the co-founder of a heritage consultancy partnership specialising in ecclesiastical projects, and mother to a lively two-year-old. 32 b/w illustrations

Other Editions - The Man Behind the Tudors: Thomas Howard, 2nd Duke of Norfolk by Kirsten Claiden-Yardley 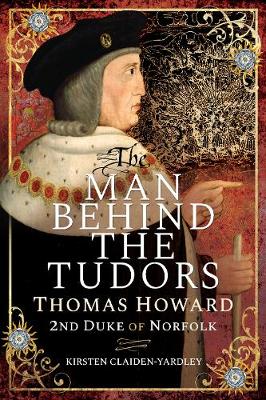 Book Reviews - The Man Behind the Tudors: Thomas Howard, 2nd Duke of Norfolk by Kirsten Claiden-Yardley

» Have you read this book? We'd like to know what you think about it - write a review about The Man Behind the Tudors: Thomas Howard, 2nd Duke of Norfolk book by Kirsten Claiden-Yardley and you'll earn 50c in Boomerang Bucks loyalty dollars (you must be a Boomerang Books Account Holder - it's free to sign up and there are great benefits!)