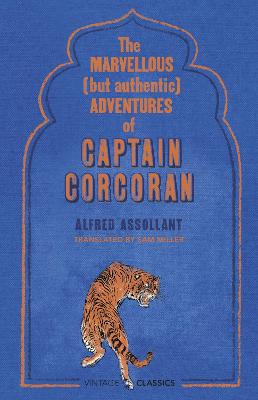 The Marvellous (But Authentic) Adventures of Captain Corcoran

Introducing the Marvellous Captain Corcoran - he is charming to ladies, courteous to true gentlemen, death to pirates and merciless to the English. He speaks several languages, can bend an iron bar with his bare hands, and has adventured his way across the seven seas with his faithful friend Louison by his side. Loyal only to her master, Louison can be a little boisterous, and there's devil to pay when she misses a meal (she is a tiger, after all).

Corcoran is on the hunt for a lost sacred Hindu text. Once in India, he is soon distracted from his quest by the claims of Prince Holkar, his lotus-eyed daughter, and their daring stand against the English occupying forces.

Beloved by many French schoolchildren (including the young Jean-Paul Sartre) at the turn of the century, the marvellous Corcoran has been too long forgotten. Sam Miller (author of Strange Kind of Paradise- India through Foreign Eyes) has loving translated these wild, funny, unabashedly romantic adventures from the French for the first time so that the Captain and his charming Louison can be embraced by a new generation of readers, young and old. 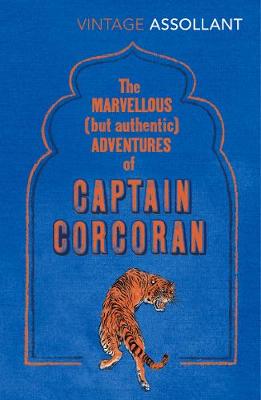 » Have you read this book? We'd like to know what you think about it - write a review about The Marvellous (But Authentic) Adventures of Captain Corcoran book by Alfred Assollant and you'll earn 50c in Boomerang Bucks loyalty dollars (you must be a Boomerang Books Account Holder - it's free to sign up and there are great benefits!)


A Preview for this title is currently not available.
More Books By Alfred Assollant
View All