Description - The Medici by Mary Hollingsworth

A fresh telling of the rise and fall of the House of Medici, the family that dominated political and cultural life in Florence for three centuries.

Having founded the bank that became the most powerful in Europe in the fifteenth century, the Medici gained political power in Florence, raising the city to a peak of cultural achievement and becoming its hereditary dukes. Among their number were no fewer than three popes and a powerful and influential queen of France. Their patronage brought about an explosion of Florentine art and architecture. Michelangelo, Donatello, Fra Angelico and Leonardo are among the artists with whom they were associated. Thus runs the 'received view' of the Medici. Mary Hollingsworth argues that the idea that they were wise rulers and enlightened fathers of the Renaissance is a fiction that has acquired the status of historical fact. In truth, the Medici were as devious and immoral as the Borgias - tyrants loathed in the city they illegally made their own and which they beggared in their lust for power.

Other Editions - The Medici by Mary Hollingsworth 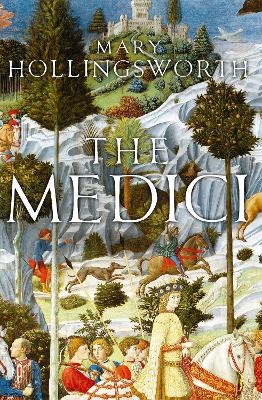 » Have you read this book? We'd like to know what you think about it - write a review about The Medici book by Mary Hollingsworth and you'll earn 50c in Boomerang Bucks loyalty dollars (you must be a Boomerang Books Account Holder - it's free to sign up and there are great benefits!)


A Preview for this title is currently not available.
More Books By Mary Hollingsworth
View All