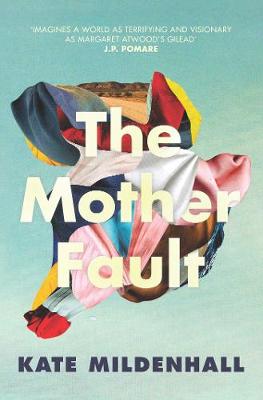 Imagining a near future Australia that is all too disturbingly familiar, The Mother Fault is an addictive thriller, a heart-pounding adventure and a moving portrayal of the lengths a mother will go to save her family.

'A triumph of a novel. Five stars. I loved it. Thrilling, confronting, page-turning and heartbreakingly poignant, The Mother Fault is a remarkable story.' Jane Harper, bestselling author of The Dry

You will not recognise me, she thinks, when I find you . . .

Mim's husband is missing. No one knows where Ben is, but everyone wants to find him - especially The Department. And they should know, the all-seeing government body has fitted the entire population with a universal tracking chip to keep them 'safe'.

But suddenly Ben can't be tracked. And Mim is questioned, made to surrender her passport and threatened with the unthinkable - her two children being taken into care at the notorious BestLife.

Cornered, Mim risks everything to go on the run to find her husband - and a part of herself, long gone, that is brave enough to tackle the journey ahead.

From the stark backroads of the Australian outback to a terrifying sea voyage, Mim is forced to shuck off who she was - mother, daughter, wife, sister - and become the woman she needs to be to save her family and herself.

Longlisted for the 2021 ABIA General Fiction Book of the Year

'Sublime . . . a timely, riveting, warning bell of a book.' Books+Publishing

'Brilliant. A raw, urgent, white-knuckle ride through a world only a heartbeat away' James Bradley, author of Ghost Species

'Shook me to my core. I could not put it down' Alice Robinson, author of The Glad Shout

'A clarion call, wrapped in vivid prose, inside a truly thrilling read' Angela Savage, author of Behind the Night Bazaar

'An unvarnished, beautifully written, totally authentic tribute to the everyday badassery and bullshit of motherhood, to the ordinary extraordinariness of women. It's also a fast-paced edge-of-your-seat, heart-in-your-mouth adventure with an ending worthy of a Homeland season finale.' Anna Downes, author of The Safe Place

'A literary thriller that speaks precisely, devastatingly, to its time.' The Monthly

'Kate Mildenhall has imagined a world as terrifying and visionary as Margaret Atwood's Gilead, with the pace of the best thrillers - and characters I'll never forget. This is a novel of rare insight from a rising literary star.' J.P. Pomare, author of Call Me Evie

'The true power of this novel is in its appalling plausibility. That, and the fact that it is impossible to put down.' Readings Monthly

Other Editions - The Mother Fault by Kate Mildenhall 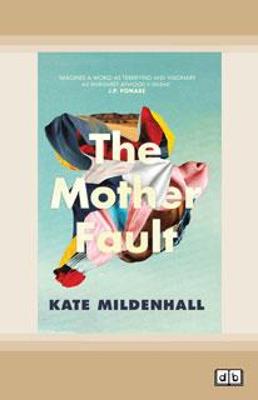 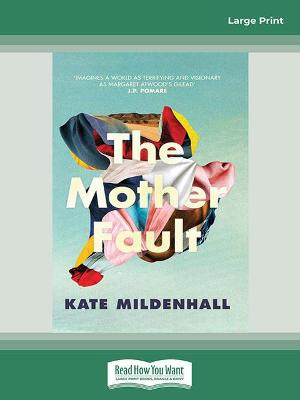 » Have you read this book? We'd like to know what you think about it - write a review about The Mother Fault book by Kate Mildenhall and you'll earn 50c in Boomerang Bucks loyalty dollars (you must be a Boomerang Books Account Holder - it's free to sign up and there are great benefits!)

The Mother Fault is the second novel by Australian author, Kate Mildenhall. Engineer Benjamin Elliott is missing. His wife Miriam is concerned. Neither his employer GeoTech nor The Department know where Ben is, or are not saying if they do. Which is bizarre as they are all chipped: how can they not know?

Representatives of The Department warn Mim not to tell anyone, confiscate her passport, and those of her children, and tell her to stay put. They offer to care for Essie and Sam in BestLife until the situation is resolved, but Mim isn’t that naïve: after her brother’s experience with BestLife, she knows that it’s no better than detention, and probably much worse.

A hydrogeologist herself, Mim doesn’t reveal that she has already mentioned it to an international journalist, but uses the pretext of sounding out a return to work with a former colleague to take her children to the family farm, and her mother. Mim determines she will have to remove her small family from the compulsory scrutiny of The Department, and find a way to the Indonesian island where Ben has disappeared.

She quickly learns just how seriously The Department considers the situation when she hears of their threats at the farm, and the fate of the friend who helped her go off-grid. She understands that they have to remain, quite literally, under the radar, but she has no idea what will be required of her before she has tracked Ben down and discovered what really happened.

The near-future that Mildenhall describes is highly plausible and the subject matter is extremely topical: the technology aspect, the influence of multi-nationals, and the government attitude to refugees will all feel familiar. Mildenhall gives the reader a strong female protagonist who is no saint but has the welfare of her children as a firm priority, especially when the going gets tough. A gripping plot and a nail-biting climax will keep the pages turning. Brilliant speculative fiction. This unbiased review is from an uncorrected proof copy provided by NetGalley and Simon & Schuster Australia.