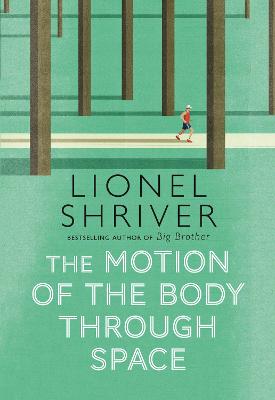 The Motion of the Body Through Space

Description - The Motion of the Body Through Space by Lionel Shriver

All her life Serenata has run, swum, and cycled - but now that she's hit 60, all that physical activity has destroyed her knees. And her previously sedentary husband Remington chooses this precise moment to discover exercise.

As he joins the cult of fitness, her once-modest husband burgeons into an unbearable narcissist. When he announces his intention to compete in a legendarily gruelling triathlon, Serenata is sure he's going to end up injured or dead - but the stubbornness of an ageing man in Lycra is not to be underestimated.

The story of an obsession, of a marriage, of a betrayal: The Motion Of The Body Through Space is Lionel Shriver at her hilarious, sharp-eyed, audacious best.

Buy The Motion of the Body Through Space by Lionel Shriver from Australia's Online Independent Bookstore, Boomerang Books. 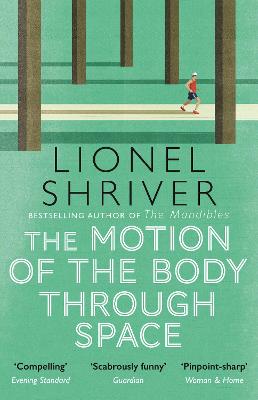 » Have you read this book? We'd like to know what you think about it - write a review about The Motion of the Body Through Space book by Lionel Shriver and you'll earn 50c in Boomerang Bucks loyalty dollars (you must be a Boomerang Books Account Holder - it's free to sign up and there are great benefits!)

Book Review: The Motion of the Body Through Space by Lionel Shriver - Reviewed by CloggieA (22 Aug 2020)

4.5?s The Motion of a Body Through Space is the fourteenth novel by prize-winning American-born journalist and author, Lionel Shriver. A recently jobless empty-nester, Remington Alabaster fixes on running a marathon to fill his days with purpose, just as his wife, Serenata’s arthritic knees terminate her lifelong exercise habit of running. Already thus under strain, the marriage begins to show signs of cracking as Remy takes up with an exercise guru.

Serenata is somewhat baffled by the trend: “…lately you only get credit for running yourself ragged to the point of collapse if by doing so you accomplish absolutely nothing”, she tells her father-in-law. “’Exhaustion has become an industry,’ she said, back from the kitchen. ‘Just think! These days you could allow people to carry all that lumber you lugged around, and hoist your steel beams for you, and you could charge them for the privilege. Just don’t call it a “building site,” but a “sports center.” Oh, and we’d have to come up with a snappy name - so instead of Pilates, or CrossFit, you could call your regimen … Erection.’”

From here, Shriver throws a few more challenges into the mix: expensive exercise equipment and membership on a single income, incidents pointing to the dangers inherent in such activity, a recalcitrant right knee needing urgent surgery; then stirs them up with criticism and encouragement from an evangelical daughter and the return of a delinquent son.

Serenata describes Remy’s transformation as akin to a religious conversion, and the marathon training program he has joined, like a cult: “The church of exercise delivered clarity. That is, it laid out an unambiguous set of virtues – exertion, exhaustion, the neglect of pain, the defiance of perceived limits, any distance that was longer than the one before, any speed that was swifter – which cleared up all confusion about what qualified as productive use of your day. Likewise, it defined evil: sloth.” And she begins to despair the damage it is doing to the man she married, and the marriage itself.

Shriver has her (often snarky) protagonist hold forth on many topics: she takes a little dig at “me too”, and articulates insightfully on political correctness gone crazy, religion and church, anger, racism, mimicry (cultural appropriation) in audio books and, of course, ageing, where one might experience “the bliss of sublime indifference”.

This novel is a bit of a slow burn, but the reader’s patience is rewarded with dialogue that is intelligent and often darkly funny, and when the black sheep of the family joins in, often hilarious. If sometimes a little lengthy, Shriver’s prose is clever and thought-provoking,. This unbiased review is from an uncorrected proof copy provided by NetGalley and Harper Collins Australia.