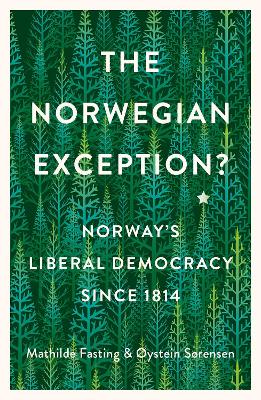 How did Norway become a highly successful liberal democracy? Will its prosperity and stability last, or has modern history been an exception? Is the Norwegian experience based on luck, or has a part been played by clever politicians and sound institutions, including a well-functioning rule of law? How does Norway combine social democracy with a market economy, and extensive foreign trade? Since the 1970s, Norway has become an oil-producing giant in Northern Europe--how can that role be reconciled with the realities of climate change, and increasing awareness of that crisis? This highly engaging book introduces Norwegian political and economic history to a broad audience, offering a deeper understanding of a country always looked upon with great interest, but perhaps not profoundly understood. The Norwegian Exception? takes the reader back through 200 years of state-building to explain Norway's current position as a top-ranking nation, and to consider its chances of keeping that status in the twenty-first century. In particular, it unpacks how Norwegian politics and governance have shaped the country's world-famous oil fund and unique relationship with the European Union. Leading historians Mathilde Fasting and Oystein Sorensen skilfully draw back the curtain on the inner workings of the Norwegian 'utopia'.

» Have you read this book? We'd like to know what you think about it - write a review about The Norwegian Exception?: Norway's Liberal Democracy Since 1814 book by Mathilde Fasting and you'll earn 50c in Boomerang Bucks loyalty dollars (you must be a Boomerang Books Account Holder - it's free to sign up and there are great benefits!)


A Preview for this title is currently not available.
More Books By Mathilde Fasting
View All