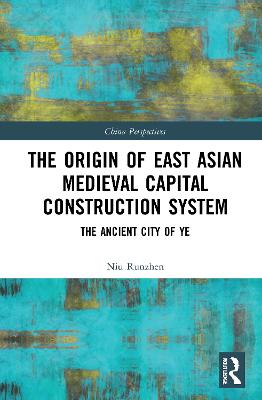 Ye is a historical Chinese city built in 659 BC and burned down to the ground in AD 580. The book investigates the characteristics of the city's layout and its deep influence on the urban construction in East Asia since the 6th century AD.
By studying archaeological findings and historical documents, the author illustrates the historical significance of Ye city, both as capital for six dynasties over 370 years of ancient Chinese history and as a paragon of East Asian capital planning. Ye serves as an exemplary model for famous capitals in later dynasties of imperial China, such as Beijing and Xi'an. Its influence also extends to other East Asian capitals, including Seoul in Korea, Kyoto in Japan, and Hanoi in Vietnam. Comparing the archetypical structure of Ye city and the features of its East Asian descendants, the author encapsulates the lineage of capital city development across medieval East Asia and uncovers a philosophy of construction that rests upon traditional Chinese thinking.
The book will be an essential read for scholars and general readers interested in East Asian heritage, urbanology, and architecture, as well as a useful reference for urban planners willing to learn from historical experience.

» Have you read this book? We'd like to know what you think about it - write a review about The Origin of East Asian Medieval Capital Construction System: The Ancient City of Ye book by Niu Runzhen and you'll earn 50c in Boomerang Bucks loyalty dollars (you must be a Boomerang Books Account Holder - it's free to sign up and there are great benefits!)