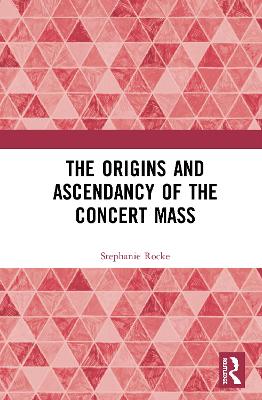 The Origins and Ascendancy of the Concert Mass

The mass is an extraordinary musical form. Whereas other Western art music genres from medieval times have fallen out of favour, the mass has not merely survived but flourished. A variety of historical forces within religious, secular, and musical arenas saw the mass expand well beyond its origins as a cycle of medieval chants, become concertised and ultimately bifurcate. Even as Western societies moved away from their Christian origins to become the religiously plural and politically secular societies of today, and the Church itself moved in favour of congregational singing, composers continued to compose masses. By the early twentieth century two forms of mass existed: the liturgical mass composed for church services, and the concert mass composed for secular venues. Spanning two millennia, The Origins and Ascendancy of the Concert Mass outlines the origins and meanings of the liturgical texts, defines the concert mass, explains how and why the split occurred, and provides examples that demonstrate composers' gradual appropriation of the genre as a vehicle for personal expression on serious issues. By the end of the twentieth century the concert mass had become a repository for an eclectic range of theological and political ideas.

Buy The Origins and Ascendancy of the Concert Mass by Stephanie Rocke from Australia's Online Independent Bookstore, Boomerang Books.

» Have you read this book? We'd like to know what you think about it - write a review about The Origins and Ascendancy of the Concert Mass book by Stephanie Rocke and you'll earn 50c in Boomerang Bucks loyalty dollars (you must be a Boomerang Books Account Holder - it's free to sign up and there are great benefits!)


A Preview for this title is currently not available.
More Books By Stephanie Rocke
View All

Opera, Emotion, and the Antipodes Volume I: Historical Perspectives: Creating the Metropolis; Delineating the Other
$249.48 $252.00