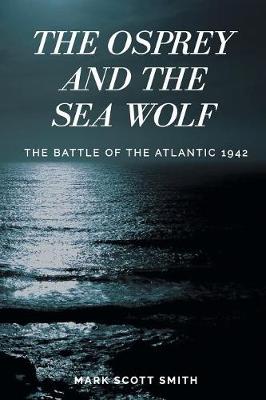 The Osprey and the Sea Wolf: The Battle of the Atlantic 1942

Description - The Osprey and the Sea Wolf: The Battle of the Atlantic 1942 by Mark Scott Smith

In 1942 a German U-Boat campaign in the Western Atlantic (Operation Drumbeat) came close to severing the vital artery of war supplies between America and Great Britain. Unprepared and ill-equipped, America struggled to counter this skilled offensive as U-Boats sent nearly 300 ships and 5000 men to the bottom off the East Coast, Gulf of Mexico and Caribbean.

This history-inspired novel is told from the points of view of two protagonists: Rainer, a 32 year-old career Naval officer and highly successful U-Boat commander from the lovely Hanseatic city of Lubeck Germany, and Ramon, a 24 year-old Mexican-American B-25 pilot, who, through academic and athletic prowess, has successfully navigated the racism of his SW Texas home.

The story follows these two warriors through the deadly dance of submarine warfare off the east coast of America, the Gulf of Mexico and the Caribbean Sea.

Rainer, a devoted family man, is concerned about his family's safety during British air raids and the impact of Nazi indoctrination on his children. Returning home a hero after weeks on patrol, he is fully absorbed with his loving family, but increasingly aware of the troubling nature of the Nazi regime.

Inexperienced in warfare, Ramon is thrust into conflict with the wily U-Boat commander as he deals with his own issues of racism, intimacy and trust. Training Mexican pilots in Yucatan and flying with a special anti-submarine attack unit out of Cuba, he experiences intrigue, betrayal, loss and love.

Buy The Osprey and the Sea Wolf: The Battle of the Atlantic 1942 by Mark Scott Smith from Australia's Online Independent Bookstore, Boomerang Books.

Book Reviews - The Osprey and the Sea Wolf: The Battle of the Atlantic 1942 by Mark Scott Smith

» Have you read this book? We'd like to know what you think about it - write a review about The Osprey and the Sea Wolf: The Battle of the Atlantic 1942 book by Mark Scott Smith and you'll earn 50c in Boomerang Bucks loyalty dollars (you must be a Boomerang Books Account Holder - it's free to sign up and there are great benefits!)