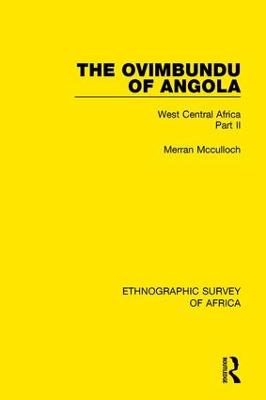 Routledge is proud to be re-issuing this landmark series in association with the International African Institute. The series, published between 1950 and 1977, brings together a wealth of previously un-co-ordinated material on the ethnic groupings and social conditions of African peoples.

Concise, critical and (for its time) accurate, the Ethnographic Survey contains sections as follows:

The volumes are supplemented with maps, available to view on routledge.com or available as a pdf from the publishers. 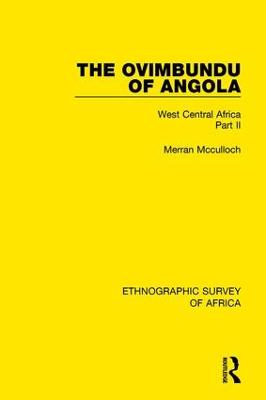 » Have you read this book? We'd like to know what you think about it - write a review about The Ovimbundu of Angola: West Central Africa Part II book by Merran Mcculloch and you'll earn 50c in Boomerang Bucks loyalty dollars (you must be a Boomerang Books Account Holder - it's free to sign up and there are great benefits!)


A Preview for this title is currently not available.
More Books By Merran Mcculloch
View All