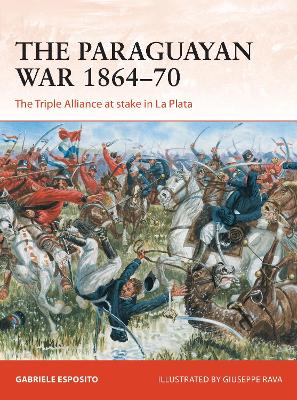 The Paraguayan War 1864-70: The Triple Alliance at stake in La Plata

Description - The Paraguayan War 1864-70: The Triple Alliance at stake in La Plata by Gabriele Esposito

The Paraguayan War, also known as the War of the Triple Alliance, was the largest and most important military conflict in the history of South America, after the Wars of Independence, and its only true 'continental' war. It involved four countries and lasted for more than five years, during which Paraguay fought alone against a powerful alliance formed by Brazil, Argentina and Uruguay. This conflict was remarkable in its huge scale and its terrible cost in lives, with the catastrophic human price paid by Paraguay amounting to more than 300,000 men, a loss of some 70% of the country's total population.
The war was a real revolution for the armies of South America, and the first truly modern conflict of the continent. When the war began in 1864, the armies were small, poorly trained and badly equipped semi-professional forces. However, by the time the war ended, most of them had adopted percussion rifles employing the Minie system and new weapons like breech-loading rifles and Gatling machine guns were being tested on the continent for the first time.
This title covers the whole span of the war, from the early days when the conflict primarily involved small columns of a few thousand men seeking each other out in rugged and sparsely inhabited territory, through to the later Napoleonic-style positional battles fought at points of strategic importance. It also explores the unique challenges presented by the humid, subtropical climate, including the devastating impact of disease on the troops.

Book Reviews - The Paraguayan War 1864-70: The Triple Alliance at stake in La Plata by Gabriele Esposito

» Have you read this book? We'd like to know what you think about it - write a review about The Paraguayan War 1864-70: The Triple Alliance at stake in La Plata book by Gabriele Esposito and you'll earn 50c in Boomerang Bucks loyalty dollars (you must be a Boomerang Books Account Holder - it's free to sign up and there are great benefits!) 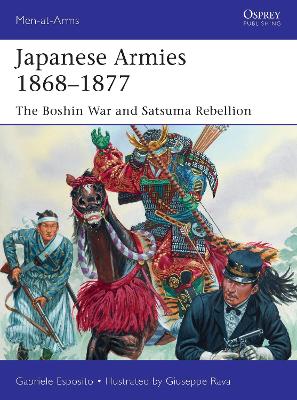 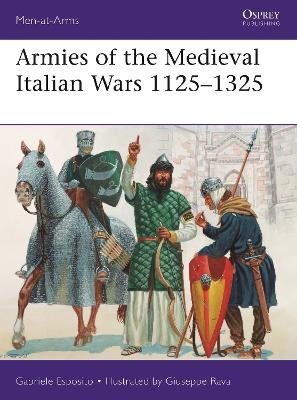