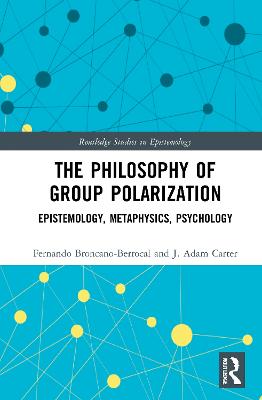 Group polarization-the tendency of groups to incline toward more extreme positions than initially held by their individual members-has been rigorously studied by social psychologists, though in a way that has overlooked important philosophical questions. This is the first book-length treatment of group polarization from a philosophical perspective.

» Have you read this book? We'd like to know what you think about it - write a review about The Philosophy of Group Polarization: Epistemology, Metaphysics, Psychology book by Fernando Broncano-Berrocal and you'll earn 50c in Boomerang Bucks loyalty dollars (you must be a Boomerang Books Account Holder - it's free to sign up and there are great benefits!)