The Political Unconscious: Narrative as a Socially Symbolic Act

Description - The Political Unconscious: Narrative as a Socially Symbolic Act by Fredric Jameson

Fredric Jameson, in The Political Unconscious, opposes the view that literary creation can take place in isolation from its political context. He asserts the priority of the political interpretation of literary texts, claiming it to be at the center of all reading and understanding, not just a supplement or auxiliary to other methods current today. Jameson supports his thesis by looking closely at the nature of interpretation. Our understanding, he says, is colored by the concepts and categories that we inherit from our culture's interpretive tradition and that we use to comprehend what we read. How then can the literature of other ages be understood by readers from a present that is culturally so different from the past? Marxism lies at the foundation of Jameson's answer, because it conceives of history as a single collective narrative that links past and present; Marxist literary criticism reveals the unity of that uninterrupted narrative. Jameson applies his interpretive theory to nineteenth- and twentieth-century texts, including the works of Balzac, Gissing, and Conrad.
Throughout, he considers other interpretive approaches to the works he discusses, assessing the importance and limitations of methods as different as Lacanian psychoanalysis, semiotics, dialectical analysis, and allegorical readings. The book as a whole raises directly issues that have been only implicit in Jameson's earlier work, namely the relationship between dialectics and structuralism, and the tension between the German and the French aesthetic traditions. The Political Unconscious is a masterly introduction to both the method and the practice of Marxist criticism. Defining a mode of criticism and applying it successfully to individual works, it bridges the gap between theoretical speculation and textual analysis.

Other Editions - The Political Unconscious: Narrative as a Socially Symbolic Act by Fredric Jameson 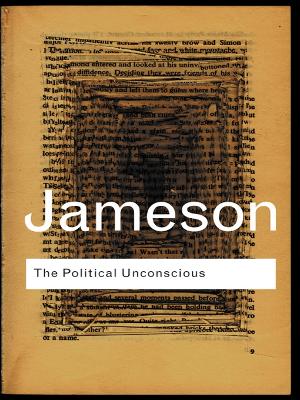 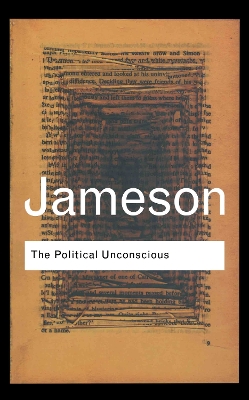 » Have you read this book? We'd like to know what you think about it - write a review about The Political Unconscious: Narrative as a Socially Symbolic Act book by Fredric Jameson and you'll earn 50c in Boomerang Bucks loyalty dollars (you must be a Boomerang Books Account Holder - it's free to sign up and there are great benefits!)


A Preview for this title is currently not available.
More Books By Fredric Jameson
View All