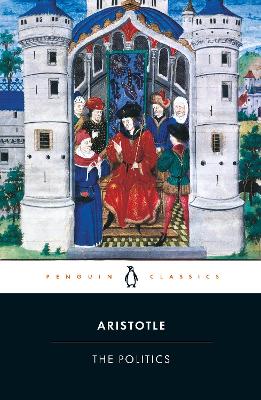 Description - The Politics by Aristotle

Raising questions that are as relevant to modern society as they were to the ancient world, Aristotle's The Politics remains central to the study of political science millennia after its compilation. This Penguin Classics edition is translated from the Greek by T.A. Sinclair, revised and re-presented by Trevor J. Saunders.
In The Politics Aristotle addresses the questions that lie at the heart of political science. How should society be ordered to ensure the happiness of the individual? Which forms of government are best and how should they be maintained? By analysing a range of city constitutions - oligarchies, democracies and tyrannies - he seeks to establish the strengths and weaknesses of each system, and to decide which are the most effective, in theory and in practice. Like his predecessor Plato, Aristotle believed that the ideal constitution should be good in itself and in accordance with nature, and that it is needed by man - 'a political animal' - to fulfil his potential. A hugely significant work, which has influenced thinkers as diverse as Thomas Aquinas and Machiavelli, The Politics remains an outstanding commentary on fundamental political issues and concerns, and provides fascinating insights into the workings and attitudes of the Greek city-state.
The introductions by T.A. Sinclair and Trevor J. Saunders discuss the influence of The Politics on philosophers, its modern relevance and Aristotle's political beliefs. This edition contains Greek and English glossaries, and a bibliography for further reading.
Aristotle (384-322BC) was born at Stagira, in the dominion of the kings of Macedonia. For twenty years he studied at Athens in the Academy of Plato. Some time later, became the tutor of young Alexander the Great. His writings, including De Anima, The Nicomachean Ethics, Poetics, and The Politics, profoundly affected the whole course of ancient and medieval philosophy.
If you enjoyed The Politics, you might like Plato's Republic, also available in Penguin Classics.

Other Editions - The Politics by Aristotle 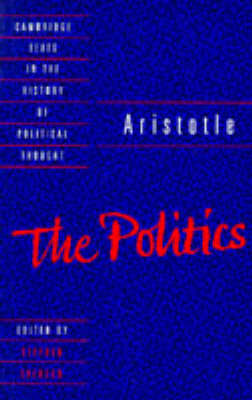 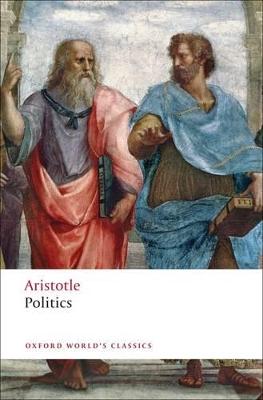 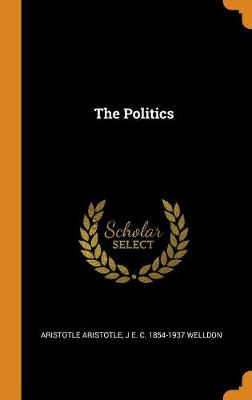 Book Reviews - The Politics by Aristotle

» Have you read this book? We'd like to know what you think about it - write a review about The Politics book by Aristotle and you'll earn 50c in Boomerang Bucks loyalty dollars (you must be a Boomerang Books Account Holder - it's free to sign up and there are great benefits!)