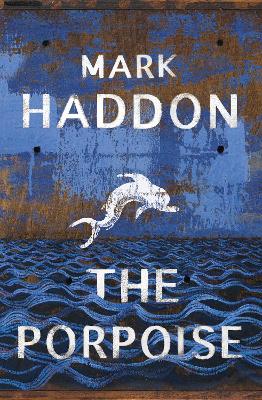 Description - The Porpoise by Mark Haddon

'I really am so very, very sorry about this,' he says, in an oddly formal voice... They strike the side of a grain silo. They are travelling at seventy miles per hour.

A newborn baby is the sole survivor of a terrifying plane crash.

She is raised in wealthy isolation by an overprotective father. She knows nothing of the rumours about a beautiful young woman, hidden from the world.

When a suitor visits, he understands far more than he should. Forced to run for his life, he escapes aboard The Porpoise, an assassin on his tail...

So begins a wild adventure of a novel, damp with salt spray, blood and tears. A novel that leaps from the modern era to ancient times; a novel that soars, and sails, and burns long and bright; a novel that almost drowns in grief yet swims ashore; in which pirates rampage, a princess wins a wrestler's hand, and ghost women with lampreys' teeth drag a man to hell - and in which the members of a shattered family, adrift in a violent world, journey towards a place called home.

Other Editions - The Porpoise by Mark Haddon 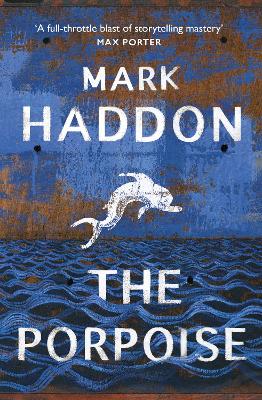 » Have you read this book? We'd like to know what you think about it - write a review about The Porpoise book by Mark Haddon and you'll earn 50c in Boomerang Bucks loyalty dollars (you must be a Boomerang Books Account Holder - it's free to sign up and there are great benefits!)

The Porpoise is the fourth novel by award-winning British author, Mark Haddon and is a retelling of the Greek legend of Apollonius. Newborn Angelica is the only survivor of a small plane crash. Her wealthy father Philippe, paralysed by grief at the loss of his wife, becomes reclusive, keeping Angelica in isolation. At first this is from a paranoia about her safety, but then it is his unhealthy obsession, his inappropriate attentions that he needs to hide from the world. And, as she matures, Angelica begins to understand that this is not normal.

It might be observed about Philippe: “If you have never had to face the consequences of your own mistakes, does the quiet, critical, contrary voice at the back of your mind grow gradually quieter until it is no longer audible?”

Darius Koulouris is the son of a recently-deceased art dealer with business ties to Philippe. This rather dissolute young man comes upon something his father had intended for Philippe and immediately recognises the opportunity to check out the fabled Angelica. Before he has been in their company for long, he intuits the situation, but hesitates to get involved. On his return, Angelica begs him to take her away, but Philippe intervenes, with violence: Darius will be lucky to escape with his life…

Angelica has always been an avid reader. “Her favourite stories are the old ones, those that set deep truths ringing like bells, that take the raw materials of sex and cruelty, of fate and chance, and render them safe by trapping them in beautiful words.” Often “She enters that foggy border country between dream and story…she is weaving another world.” And now the imagined world to which she escapes when subjected to Philippe’s incestuous attentions is one in which Darius escapes the far reach of her father’s murderous intentions. Darius morphs into Pericles who is sometimes Appolinus or Apollonius, sailing the Mediterranean and beyond, saving a city, being ship-wrecked, winning a princess’s hand, suffering terrible tragedy and wandering alone for many years of self-imposed exile.

Not all readers will be familiar with this Greek legend and its various iterations but a quick look at Wikipedia provides the basics, including the fact that William Shakespeare had a go, and Haddon refers to this in the Author’s Notes. The parts of the novel featuring Will are very entertaining, particularly if envisaging him as portrayed by David Mitchell in Upstart Crow.

Haddon’s version of the legend is beautifully told, with some exquisite descriptive prose that easily evokes the era, be it Ancient Greece, twenty-first-century Hampshire or Jacobean London. As the story progresses, Haddon’s Pericles and Chloe, through their trials, gain much wisdom, while Marina, without the benefit of either parent, grows into a beautiful person, within and without, courageous and resilient. While quite a departure from Haddon’s earlier work, this is a wonderful read. This unbiased review is from a copy provided by Doubleday Australia 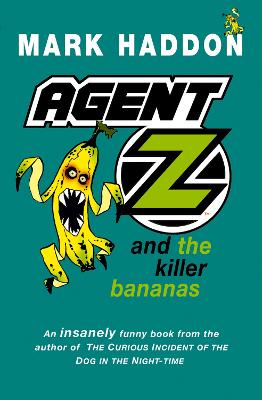 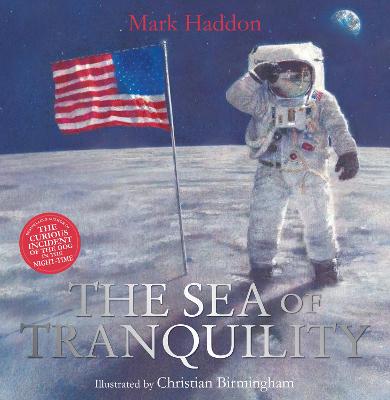