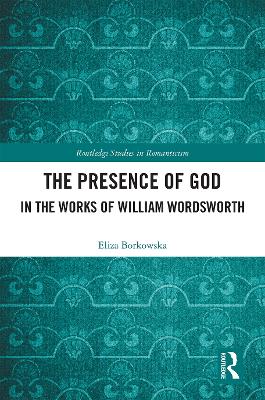 The Presence of God in the Works of William Wordsworth

Approaching Wordsworth' writings from perspectives which have not been considered in critical literature, this book offers a multiangled reflection on the technicalities of the poet's religious discourse, including the methodology of The Prelude revision, or Wordsworth's patent art of "pious postscripts." The book constitutes a self-contained whole and can be read independently. Simultaneously, it creates an unusual duet with The Absent God in The Works of William Wordsworth, whose six chapters follow this book's eight chapters like a sestet which complements the octave-becoming, thus, a tribute to Wordsworth as one of the most prolific sonneteers in history. Both monographs build their theses on Wordsworth's entire oeuvre and embrace the whole of his wide lifespan. Their completion in 2020 coincides with several round anniversaries: the 250th anniversary of Wordsworth's birth, the 200th anniversary of The River Duddon, and the 170th anniversary of the publication of his autobiographical masterpiece, The Prelude.

Buy The Presence of God in the Works of William Wordsworth by Eliza Borkowska from Australia's Online Independent Bookstore, Boomerang Books.

» Have you read this book? We'd like to know what you think about it - write a review about The Presence of God in the Works of William Wordsworth book by Eliza Borkowska and you'll earn 50c in Boomerang Bucks loyalty dollars (you must be a Boomerang Books Account Holder - it's free to sign up and there are great benefits!)


A Preview for this title is currently not available.
More Books By Eliza Borkowska
View All