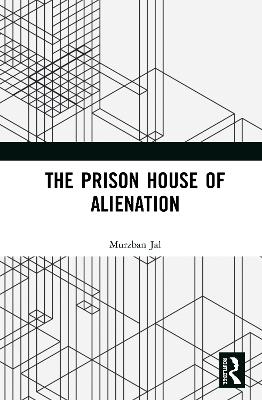 The Prison House of Alienation

Description - The Prison House of Alienation by Murzban Jal

The Prison House of Alienation is an exploration of the humanist theme of alienation that Marx theorized in his Economic and Philosophic Manuscripts of 1844. It relates this theme of alienation with the themes of haunting in the Manifesto of the Communist Party and accumulation of capital that he outlined in his magnum opus Capital.

The volume claims that humanity plagued by ghosts is dwelling in a prison house from which there seems no escape. Yet humanity seeks to escape from this prison house. The essays are a consequent journey in dramaturgy where science and art truly meet to create emancipatory politics that goes well beyond the entire discourse of twentieth-century socialism. The volume begins with Hamlet's lament in Shakespeare's tragedy, who, struck by alienation, is haunted by the ghost of his dead father. It then discusses how instead of creating a radical theory for creating a socialist alternative, 'haunting' gave way to interpretation as an estranged hermeneutical act that displaces revolutionary theory and praxis. This displacement of revolutionary praxis in turn gave way to violence. This volume therefore also analyzes violence from Clausewitz to Mao, revealing that a rigorous line must be drawn between Stalinism and Maoism on one side, and authentic Marxism on the other side. It concludes by questioning the very idea of ideology, suggesting that ideology is not merely a false consciousness, but a terrible psychotic act that would devour the entire emancipatory project of Marxism itself.

Placing the human condition at the centre for alternative twenty-first-century politics, The Prison House of Alienation reveals that there can be no science without art and no politics without humanity. It will be of great interest to scholars of philosophy and politics. The essays were originally published in various issues of Critique: Journal of Socialist Theory.

Book Reviews - The Prison House of Alienation by Murzban Jal

» Have you read this book? We'd like to know what you think about it - write a review about The Prison House of Alienation book by Murzban Jal and you'll earn 50c in Boomerang Bucks loyalty dollars (you must be a Boomerang Books Account Holder - it's free to sign up and there are great benefits!)


A Preview for this title is currently not available.
More Books By Murzban Jal
View All