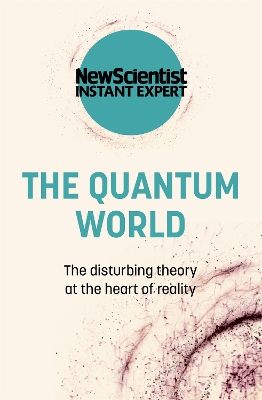 The Quantum World: The disturbing theory at the heart of reality

Description - The Quantum World: The disturbing theory at the heart of reality by New Scientist

Forget everything you thought you knew about reality.The world is a seriously bizarre place. Things can exist in two places at once and travel backwards and forwards in time. Waves and particles are one and the same, and objects change their behaviour according to whether they are being watched. This is not some alternative universe but the realm of the very small, where quantum mechanics rules. In this weird world of atoms and their constituents, our common sense understanding of reality breaks down - yet quantum mechanics has never failed an experimental test. What does it all mean? For all its weirdness, quantum mechanics has given us many practical technologies including lasers and the transistors that underlie computers and all digital technology. In the future, it promises computers more powerful than any built before, the ability to communicate with absolute privacy, and even quantum teleportation. The Quantum World explores the past, present and future of quantum science, its applications and mind-bending implications. Discover how ideas from quantum mechanics are percolating out into the vast scale of the cosmos - perhaps, in the future, to reveal a new understanding of the big bang and the nature of space and time.ABOUT THE SERIESNew Scientist Instant Expert books are definitive and accessible entry points to the most important subjects in science; subjects that challenge, attract debate, invite controversy and engage the most enquiring minds. Designed for curious readers who want to know how things work and why, the Instant Expert series explores the topics that really matter and their impact on individuals, society, and the planet, translating the scientific complexities around us into language that's open to everyone, and putting new ideas and discoveries into perspective and context.

Buy The Quantum World: The disturbing theory at the heart of reality by New Scientist from Australia's Online Independent Bookstore, Boomerang Books.

Other Editions - The Quantum World: The disturbing theory at the heart of reality by New Scientist 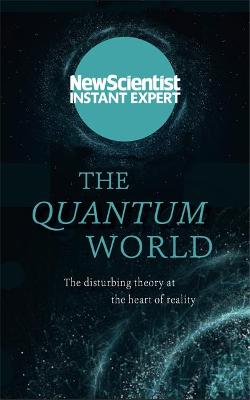 Book Reviews - The Quantum World: The disturbing theory at the heart of reality by New Scientist

» Have you read this book? We'd like to know what you think about it - write a review about The Quantum World: The disturbing theory at the heart of reality book by New Scientist and you'll earn 50c in Boomerang Bucks loyalty dollars (you must be a Boomerang Books Account Holder - it's free to sign up and there are great benefits!)


A Preview for this title is currently not available.
More Books By New Scientist
View All

The End of Money: The story of bitcoin, cryptocurrencies and the blockchain revolution
$19.31 $22.99

How Your Brain Works: Inside the most complicated object in the known universe
$19.31 $22.99

Where the Universe Came From: How Einstein's relativity unlocks the past, present and future of the cosmos
$19.31 $22.99