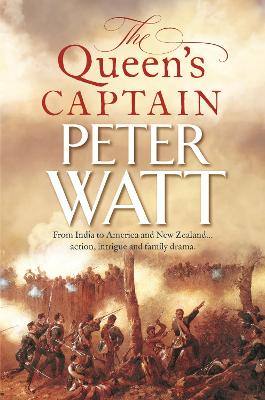 In October 1863, Ian Steele, having taken on the identity of Captain Samuel Forbes, is fighting the Pashtun on the north-west frontier in India. Half a world away, the real Samuel Forbes is a lieutenant in the 3rd New York Volunteers and is facing the Confederates at the Battle of Mission Ridge in Tennessee. Neither is aware their lives will change beyond recognition in the year to come.

In London, Ella, the love of Ian's life, is unhappily married to Count Nikolai Kasatkin. As their relationship sours further, she tries to reclaim the son she and Ian share, but Nikolai makes a move that sees the boy sent far from Ella's reach.

As 1864 dawns, Ian is posted to the battlefields of the Waikato in New Zealand, where he comes face to face with an old nemesis. As the ten-year agreement between Steele and Forbes nears its end, their foe is desperate to catch them out and cruel all their hopes for the future...

» Have you read this book? We'd like to know what you think about it - write a review about The Queen's Captain: Colonial Series Book 3 book by Peter Watt and you'll earn 50c in Boomerang Bucks loyalty dollars (you must be a Boomerang Books Account Holder - it's free to sign up and there are great benefits!)