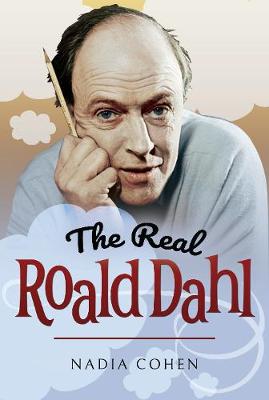 Although his hilariously entertaining stories have touched the hearts of generations of children, there was much more to beloved author Roald Dahl than met the eye. His fascinating life began in Norway in 1916, and he became a highly rebellious teenager who delighted in defying authority before joining the RAF as a fighter pilot. But after his plane crashed in the African desert he was left with agonising injuries and unable to fly. He was dispatched to New York where, as a dashing young air attache, he enraptured societies greatest beauties and became friends with President Roosevelt. Roald soon found himself entangled with a highly complex network of British undercover operations. Eventually he grew tired of the secrecy of spying and retreated to the English countryside. He married twice and had five children, but his life was also affected by serious illness, tragedy and loss. He wrote a number of stories for adults, many of which were televised as the hugely popular Tales of the Unexpected, but it was as a children's author that he found greatest fame and satisfaction, saying "I have a passion for teaching kids to become readers...Books shouldn't be daunting, they should be funny, exciting and wonderful." From 1945 until his death in 1990, he lived in Buckinghamshire, where he wrote his most celebrated children's books including Matilda, Charlie and the Chocolate Factory and Fantastic Mr Fox. AUTHOR: Nadia Cohen is an author who has written numerous historical and contemporary biographies. The Real Roald Dahl is the latest in a series of fascinating in-depth biographies about apparently whimsical children's story tellers who actually hid a darker side behind the public facade. Others in the series include The Extraordinary Life of AA Milne and The Real Enid Blyton. As an entertainment reporter she worked at various newspapers and magazines in London and New York, covering film festivals, premieres and award ceremonies around the world. She now lives in London with her young family. 16 b/w images

» Have you read this book? We'd like to know what you think about it - write a review about The Real Roald Dahl book by Cohen, Nadia and you'll earn 50c in Boomerang Bucks loyalty dollars (you must be a Boomerang Books Account Holder - it's free to sign up and there are great benefits!)


A Preview for this title is currently not available.
More Books By Cohen, Nadia
View All