The Return of Planet Sedna: Astrology, Healing, and the Awakening of Cosmic Kundalini

Description - The Return of Planet Sedna: Astrology, Healing, and the Awakening of Cosmic Kundalini by Jennifer T. Gehl

Reveals how the return of the planet Sedna after 11,000 years offers an opportunity for healing ourselves and our planet

* Explores how the Inuit legend of the sea woman Sedna offers clues about the message of Sedna's return, including a warning about the sustainability of our planet

* Explains how Kundalini energy courses through planets and people alike and how planetary transits activate a form of cosmic Kundalini energy, with Sedna's planetary return marking a major stage in this awakening process

* Details how Sedna's energies can be harnessed for healing ourselves and our planet, including how Earth's ley lines are mirrored within the body's meridians

Named after a mythological Inuit sea woman, the planet Sedna was first discovered in 2003. Its return to our solar system after 11,000 years of orbit has been tied to the huge tsunami that struck Indonesia, Thailand, and India in 2004 as well as to the increased occurrence of other marine and weather events over the last decade. And just as it is affecting the waters of our planet, Sedna's energies are also affecting each of us as individuals.

Exploring the impact that planetary bodies have on Earth and on humans, Jennifer Gehl reveals how Sedna's energies can be worked with for healing ourselves, others, and the planet. She explains how the naming of this planet after the archetypal figure of Sedna--and her myths--provides major clues to the message that Sedna's return is sending: a clear warning about the sustainability of the planet and the oceans, the source of all life, and an invitation to awaken to the parts of ourselves that have been ignored, abandoned, and cast out into the cold, just as Sedna was when she was drown in the Arctic Ocean. The author examines the astrological chart for Sedna's discovery, providing an in-depth look at how certain aspects, particularly the quincunx, support the legend of Sedna and its impact on human health. She looks at how Kundalini energy courses through planets and people alike and how planetary transits activate a form of cosmic Kundalini energy, with Sedna's return marking a major stage in this awakening process. She reveals how Earth's ley lines are mirrored within the body's meridians and offer a way to tune ourselves to the cosmic frequencies that Sedna brings.

Examining the story of Sedna mythologically and astrologically, Gehl explains how Sedna's last appearance 11,000 years ago occurred at the end of the Ice Age when waters disrupted and divided our world. Her return, rather than being a harbinger of disaster, is one of the way-shower and shaman. Symbolically, she lights the path for us to ignite our own immortality by surrendering to the inner path, revealing patterns and pathways for infinite healing potential, a new model of sustainability for the health of our planet, and a way to actively participate in our soul's evolution.

Book Reviews - The Return of Planet Sedna: Astrology, Healing, and the Awakening of Cosmic Kundalini by Jennifer T. Gehl

» Have you read this book? We'd like to know what you think about it - write a review about The Return of Planet Sedna: Astrology, Healing, and the Awakening of Cosmic Kundalini book by Jennifer T. Gehl and you'll earn 50c in Boomerang Bucks loyalty dollars (you must be a Boomerang Books Account Holder - it's free to sign up and there are great benefits!) 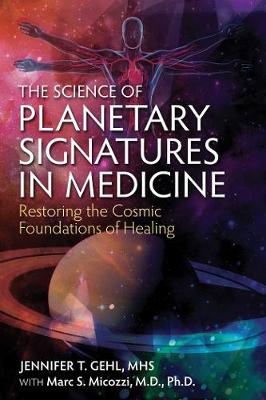