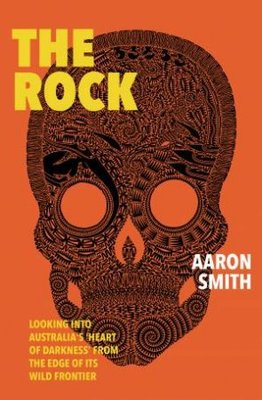 The Rock: Looking into Australia's 'Heart of Darkness' from the edge of its wild frontier

Description - The Rock: Looking into Australia's 'Heart of Darkness' from the edge of its wild frontier by Aaron Smith

Journalist Aaron Smith's new memoir holds up a unique mirror to Australia. What he sees is at once amazing, disturbing and revealing. The Rock explores the failings of our nation's character, its unresolved past and its uncertain future from the vantage point of its most northerly outpost, Thursday Island.

Smith was the last editor, fearless journalist and the paperboy of Australia's most northerly newspaper, the Torres News, a small independent regional tabloid that, until it folded in late 2019, was the voice of a predominantly Torres Strait Islander and Aboriginal readership for 63 years across some of the most remote and little understood communities in Australia.

The Rock is a story of self-discovery where Smith grapples to understand a national identity marred by its racist underbelly, where he is transplanted from his white-boy privileged suburban life to being a racial and cultural minority, and an outsider. Peppered with his experiences, Smith gradually and sensitively becomes embedded in island life while vividly capturing the endless and often farcical parade of personalities and politicians including Scott Morrison and Tony Abbott.

Smith pulls no punches while he reflects on the history of Terra Australis incognita, dissecting what is truly Australia, and its gaping cultural and moral divide.

'A credit to regional journalism, Aaron carried on the fine tradition of the Torres News holding governments to account and telling stories of everyday life in the Straits, never shying away from controversies, lifting all the rocks and even out foxing prime minister Tony Abbott on his visit to Mabo's grave.' - Stefan Armbruster, SBS

'Aaron Smith makes a huge and extremely valuable contribution to journalism in Australia. With insight and committment he brings issues of national and international significance to audiences in Australia and beyond.' - Dr Tess Newton Cain, Griffith Asia Institute

'Aaron's journalism has provided a rare and valuable insight into issues affecting the Torres Strait Islander community. Navigating cultural protocols and geographical challenges, he has given a voice to some of Australia's most marginalised people and shared important stories that would otherwise have gone unheard.' - Ella Archibald-Binge, Sydney Morning Herald

Buy The Rock: Looking into Australia's 'Heart of Darkness' from the edge of its wild frontier by Aaron Smith from Australia's Online Independent Bookstore, Boomerang Books.

Book Reviews - The Rock: Looking into Australia's 'Heart of Darkness' from the edge of its wild frontier by Aaron Smith

» Have you read this book? We'd like to know what you think about it - write a review about The Rock: Looking into Australia's 'Heart of Darkness' from the edge of its wild frontier book by Aaron Smith and you'll earn 50c in Boomerang Bucks loyalty dollars (you must be a Boomerang Books Account Holder - it's free to sign up and there are great benefits!)

Marriage After God: Chasing Boldly After God's Purpose for Your Life Together
$31.25 $34.72