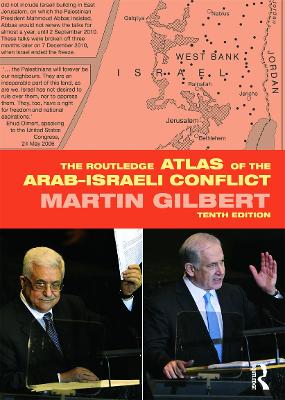 The Routledge Atlas of the Arab-Israeli Conflict

The Routledge Atlas of the Arab-Israeli Conflict traces not only the tangled and bitter history of the Arab-Jewish struggle from the early twentieth century to the present, including the death of Yasser Arafat and recent proposals for compromise and co-operation, it also illustrates the current moves towards finding peace, and the efforts to bring the horrors of the fighting to an end through negotiation and agreed boundaries.
In 226 maps, the complete history of the conflict is revealed, including: The Prelude and Background to the Conflict - from the presence of Jews in Palestine before the Arab conquest to the attitude of Britain to the Arabs and Jews since 1915 The Jewish National Home - from the early Jewish settlement and the Zionist plan for Palestine in 1919 to the involvement of the Arab world from 1945 to the present day The Intensification of the Conflict - from the Arab response to the United Nations partition plan of November 1947 to the declaration of Israeli independence in May 1948 The State of Israel - from the Israeli War of Independence and the Suez and Six Day Wars to the October War (the Yom Kippur War), the first and second intifadas, the suicide-bomb campaign, the Israel-Hezbollah War of 2006, Operation Cast lead against the Gaza Strip in 2009, the Gaza Flotilla of 2012 and Nakba Day 2011 The Moves to find Peace - from the first and second Camp David talks and the death of Arafat, to the continuing search for peace, including the Annapolis Conference, 2007, the work of the Quartet Emissary, Tony Blair 2007-2011, and the ongoing Palestinian search for statehood. 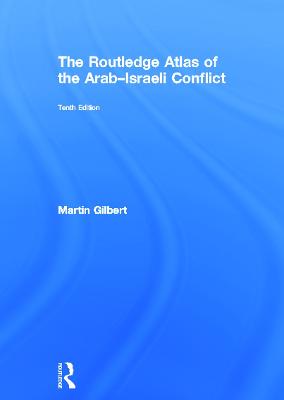 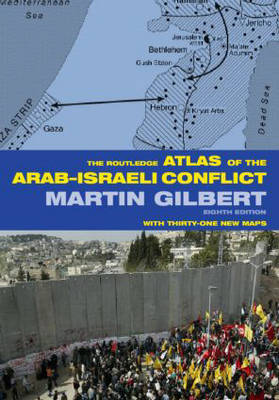 » Have you read this book? We'd like to know what you think about it - write a review about The Routledge Atlas of the Arab-Israeli Conflict book by Martin Gilbert and you'll earn 50c in Boomerang Bucks loyalty dollars (you must be a Boomerang Books Account Holder - it's free to sign up and there are great benefits!)