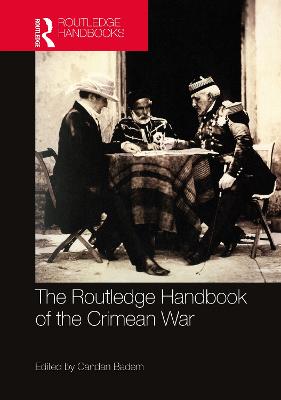 The Routledge Handbook of the Crimean War

Description - The Routledge Handbook of the Crimean War by Candan Badem

Part I focuses on diplomatic, military and regional perspectives. Part II includes contributions on social, cultural and international issues around the war. All contributions are based upon findings of the latest research. While not pretending to be an exhaustive encyclopaedia of this first modern war, the present volume captures the most important topics and the least researched areas in the historiography of the war. The book incorporates new approaches in national historiographies to the war and is intended to be the most up-to-date reference book on the subject. Chapters are devoted to each of the belligerent powers and to other peripheral states that were involved in one way or another in the war. The volume also gives more attention to the Ottoman Empire, which is generally neglected in European books on the war.

Both the general public and students of history will find the book useful, balanced and up-to-date.

» Have you read this book? We'd like to know what you think about it - write a review about The Routledge Handbook of the Crimean War book by Candan Badem and you'll earn 50c in Boomerang Bucks loyalty dollars (you must be a Boomerang Books Account Holder - it's free to sign up and there are great benefits!)


A Preview for this title is currently not available.
More Books By Candan Badem
View All